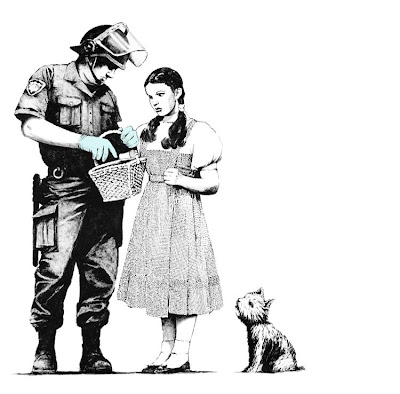 Regular readers will know of the rabbit's fondness for graffiti artist Banksy. Our man has been active in the US as well as in England and indeed the West Bank. Here are a few of his American goodies. 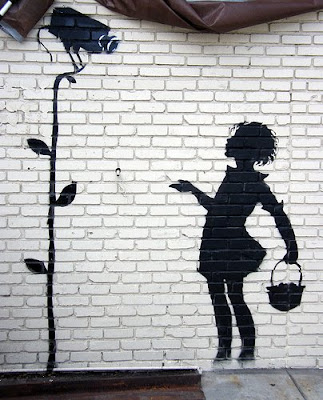 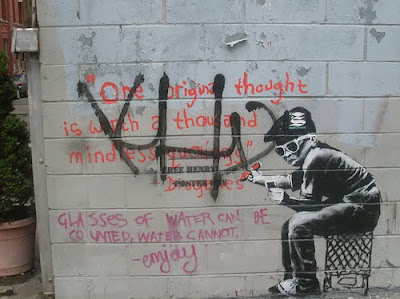 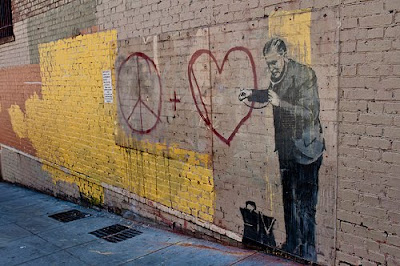 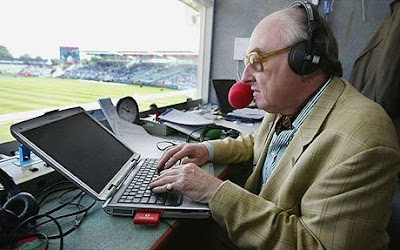 The above is nothing to do with Banksy, I say hastily. Like the good cricket anorak I am, I tuned in to Test Match Special this morning. Whose plummy tones do I hear? Henry Blofeld, of course! What is the first thing he says? What else but 'my dear old thing'? The man is an endless delight. For the uninitiated, he is supposed to be a cricket commentator. His commentaries do touch on the match but he is also notorious for launching off on to whatever random matters come into his mind. This morning his breakfast was the first topic under discussion. Then he was commentating in tandem with Phil Tufnell. I would pay to listen to that. Then he suddenly started to hold forth about kippers.

One of the glorious sounds of the English summer...

Hey Rabbit! The Maven wasn't familiar with Banksy and She appreciates the introduction!

Hope you're having a great weekend!

I HEART BANSKY AND ALL THE CRAZY THAT HIS ART IS.

Banksy rocks. thanks for turning me on to him.
xo
ps I'm sure that announcer guy is cool too... :-)

i think super nana should take some photos for us, sugar! she IS in los angeles!! xoxoxox

All - quite so, great isn't he? DHG - perhaps Blofeld and Banksy are the same person. His dad gave his name to the Bond villain - Blofeld I mean, not Banksy.

As graffiti goes, it's pretty cool.

I just sent you a piece about Banksy from BBC London. It seems he was caught on CCTV (damn big brother!).

Somehow, I don't have the time for cricket, which is a shame. It was one of the things that kept me sane through School and University.

My verification word is "mishang"

Not enough appeals there!