The New Young Conservatives
Uploaded by DontPanicOnline. - News videos hot off the press.

A strange story has come to my attention. The online magazine Don't Panic is in a spot of bother with Conservative Future - a rebranded version of the Young Conservatives - over this videoclip. London Conservative Future has managed to get the above clip taken down on YouTube after claiming copyright. Not liking that sort of censorship under the guise of copyright - can't these people take a joke? - here it is...

My profile includes an exhortation to WR readers to buy my novel twentytwelve in a desperate bid to get its amazon.co.uk rating below half a million. No-one took any notice at all and the amazon rating drifted down and down to over 1.1 million. Imagine my surprise when checking for the first time in ages yesterday to see an amazon rating for twentytwelve of a mere 110,000, Before I got too excited, I reminded myself that this probably simply meant that someone had bought a copy. There are two things amazon will not explain: how many copies of anything they sell and what their ratings mean. Ratings can whizz up and down in bizarre patterns and small sales can cause huge shifts in ratings. I occasionally think whimsically that everyone who has vaguely thought of buying twentytwelve when they get around to it should form some sort of virtual flash mob and order it at the same time. The rating would (briefly) go stellar! I can dream...

I caught Neil Young at Glastonbury on TV on Friday night. It must be said that the elderly gent was on stonkingly good form. What particularly amused me was that at one point he was performing with one sleeve of his jacket having arm inserted and one sleeve flapping loose. He doesn't care. He's not called the godfather of grunge for nothing. On Saturday, I moved out of London flat with the aid of the Polish removal guys (see WR 12 Feb for Polish removal guys and background). I'd got the flat at the end of 2008 and it came to represent everything that pissed me off. I don't like living on my own, it cost far too much for somewhere I didn't spend much time in because now pretty much all my work is in the Midlands and not in London and the flat was nothing special for something so expensive. So I invoked the break clause in the tenancy agreement and the present deal is that I should be moving into a flat in Birmingham to share with a colleague in the not too distant future until - well - something else happens. In the meantime, I'm of no fixed abode again but hopefully for no more than a couple of weeks.

I celebrated being of no fixed abode by going to a very fine - and not too expensive Indian restaurant in Brockley - South East London for the uninitiated - and much to my annoyance missed Bruce at Glastonbury on TV due to the very short gap between returning from restaurant and retiring to share a room with a snake. It was okay - the snake doesn't do much. Apparently all it does is eat one large or two small mice a fortnight and then sleeps the meal off (it swallows them whole) and sheds its skin once a month. Personally, I would prefer a more active pet.

Having mentioned Neil Young, here is the elderly gent (when hugely younger) with The Band and Helpless. I do like the line 'blue, blue windows behind the stars...'

A hectic weekend coming up... 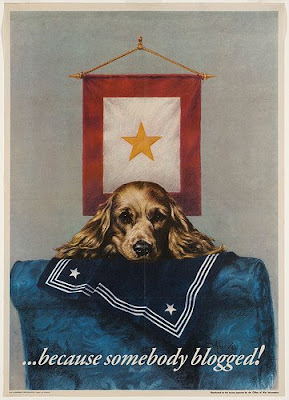 ...in which the rabbit moves out of his London hutch (too expensive, don't particularly like it, only there at weekends mostly, break clause time) without quite having sorted flat in Brum yet (spend all the working week there and thereabouts now). It should be interesting...

In the meantime, here are some pics by some wags who tweak World War II posters for the era of blogworld. 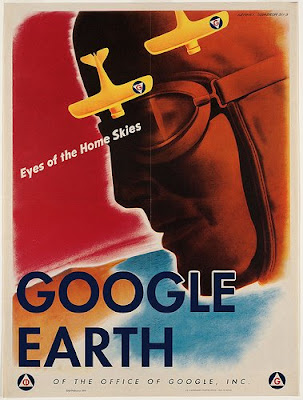 Remind you of nearer home? 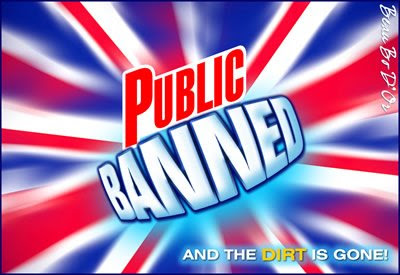 Brown being on the ropes, an Iraq inquiry was promised to his irate backbenchers. Let it never be said that Brown is not a man of his word because we lucky punters have got one!!! Except...
It's in private! Oh - and guess what? It will report after the next election.

Why am I not surprised?

The starting point is to look at the composition of the 'inquiry'. The head honcho is a Sir (it seems you have to be at least a knight to get in on the act) John Chilcot. It is considered unlikely that our man will kick over the traces. A retired civil servant, he doesn't do that...

Next we have Sir Lawrence Freedman. Apparently he promoted the theory of 'liberal interventionism' to Blair who took the theory to heart and - erm - invaded Iraq. Reassuring to have one of the numpties who dreamed up the template for the Iraq cockup in the first place sitting in judgement on it.

And then Sir Martin Gilbert who is even older than Sir John Thingy and once compared Bush (as in the idiot son) and Blair to Roosevelt and Churchill. Don't hold your breath waiting for stinging criticism from this one.

Finally we have Baroness Usha Prasha and Sir Roderic Lyne. No, I haven't a clue either.

Presumably if the hearing is in private, there will be no reports of its proceedings - no TV, radio,newspaper or other simultaneous or next day reportage. By extension anyone leaking its proceedings will presumably be in peril off some sort of sanction. I assume there will be no right of representation - for example for the parents or spouses of British soldiers killed in Iraq. Who will summon the witnesses? Will they (or at least the British ones - it strikes me as unlikely that Cheney or Rumsfeld or the idiot son would show up and there would be nothing to make them) be under any compunction to attend?

And who will ask the awkward questions? And is there any point in asking them? Will we ever know that they were asked?

What is to be done? The 'inquiry' seems to me to be beyond redemption in its present form. Perhaps the only thing to do is to treat this latter day Star Chamber with the contempt it deserves and provide it with nothing that gives it any form of legitimacy - such as appearing before it.

Otherwise I can only think of an alternative, unofficial enquiry - open and in public with representation if sought. What's to lose?

Hat Tip to Beau Bo D'Or (link to left) - not for the first time - for artwork.

Meanwhile in Nottingham, the local police are having fun with tasers (see clip). The Nottinghamshire Police announce that they have voluntarily passed the video to the Independent Police Complaints Commission (a body usually as much use as - erm - the Iraq 'Inquiry' may be expected to be). Assistant chief constable Peter Davies helpfully explains 'We understand that some members of the public may be concerned about this...' 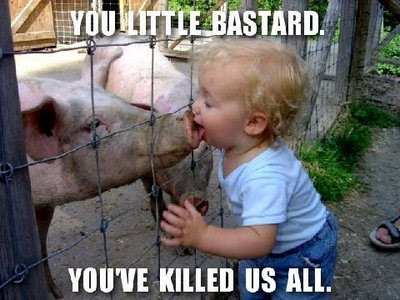 Tsk... Such bad taste. Swine flu seems a bit of a damp squib so far. Apparently there were flu epidemics in 1958 and 1967 that killed about 50,000 people apiece in the UK alone. No-one got very worked up.

Memo to Labour MPs and some some velvet morning

The image is from the consistently excellent Beau Bo D'Or (link to left). As I have sworn never to vote Labour again while well-known war criminal Tony B. Liar lives and breathes, I'm not sure why I'm doing this but here goes. This is a memo explaining to Labour MPs what to do. I'll type slowly as some of them are not the brightest...

1. Dump Brown. Drag him kicking and screaming out of No 10 leaving ten smouldering streaks of fingernail indentation in the carpet. The guy is box office poison. End of. Whereupon the Tories and their preppy twerp of a leader will start shouting for an election because they think (probably quite rightly) they would win it. Tell them to fuck off.
2. Elect whatever new leader is best bet for at least limiting the damage so that the next election is a defeat as opposed to a 1931 type slaughter (apparently Johnson, he typed with a shrug).
3. New leader announces a flat out programme of constitutional reform featuring:

4. Once legislation is in place a referendum on the four points set out above.

5. If referendum votes in favour, election under proportional representation system as soon as possible.

This may actually save a lot of Labour MP bacon but is there any chance they will do this or anything like it? Nope - cos they are thick, tribalist and have a death wish. We will be governed by a preppy twerp who thinks his wife is unconventional because she went to a day school. Labour deserves this but the people they are supposed to represent do not.

On a more cheerful note, I see Australia got knocked out of the World Twenty/20 having lost both games...

Some velvet morning when I'm straight/

I'm gonna open up your gate.

It is my unpleasant duty to report a case of pigeon murder in the city of my birth. The faint hearted may care to avert their eyes...