More years than I care to remember I lived in a tumbledown house in Kennington (inner south London for those unacquainted...) There were six bedrooms over four floors and an indeterminate collection of permanent and temporary residents. We once had a complete rock band fom Hull resident on the living room floor but that's another story. Anyway, we inevitably had a huge pool of rock albums, one or two classical albums that sneaked in one way and the other and a black vinyl version of Lullaby of Broadway from Busby Berkeley's Gold Diggers of 1935. I haven't a clue where it came from but when people came back over refreshed on the turntable it would go! Quality!

A random factoid I was told by a Crystal Palace supporter yesterday: Neil Warnock (the Crystal Palace manager for the footballingly challenged) is an anagram of Colin Wanker. I have double checked this. It's true. 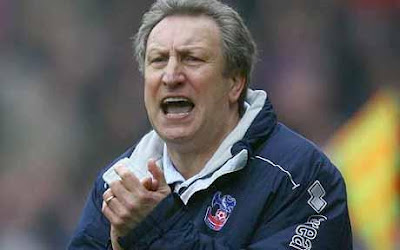 My gran took me to see the Doris Day film of the same title. My first time in the cinema. Brilliant.
Britney Spears - Presbyterians.

Hey, guess what book arrived today from Amazon.com and is in my backpack? ;) I can't decide if I should give it to hubby for his b-day next week (meaning I won't get to read it till he's done), or just delve into it when I finish "The Lost Symbol".

these nuggets are why i kep coming back

P.S. (I like this game!)
Fabio Cappello ='ciao flappable'
!(it dont mean much now.but just wait untill after The World Cup!)

KAZ - Most people seem to remember the first film they saw. In my case it was 'The Student Prince'. I must have been 3 at the time.

Mr Thoughts - we do our humble best...

Yea, that's what I thought... I was just wondering why he was a wanker I guess, since I don't really know of him. Silly me.