Do not adjust your mind, there is a fault with reality! 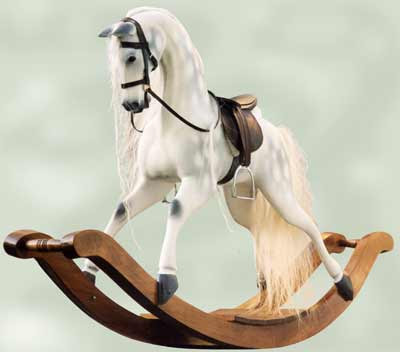 I sometimes wonder if everyone else in living in some parallel universe and I am peeping in from the outside. Yesterday and the day before the front page headline in the Sun (a loathsome tabloid 'newspaper' owned by the ubiqitous - and odious - Rupert Murdoch, I explain for overseas readers) concerning someone called Vernon.

Should I be concerned that I have no idea who Vernon is or why anyone would wish to know this information?

The sense of unreality was acclerated on the concourse at Waterloo railway station yesterday morning where I saw a woman with a pink heart shaped balloon in one hand and dragging a rocking horse behind her with the other. 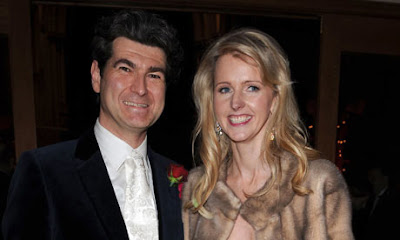 I have to confess that however much I despise New Labour and all its works, the prospect of a government led by preppy pillock 'Dave' Cameron fills me with increasing nausea. There is an amusing spat going on the the Westminster North constituency. 'Dave' has the habit of parachuting his mates into winnable seats, mostly pneumatic blondes in early middle age. They would appear to have some sort of production line somewhere. Recently something called the Turnip Taliban cut up rough over the splendidly named Elizabeth Truss being dumped as candidate in some Norfolk constituency when it emerged that la Truss had been at it with some married Tory MP or the other. The equally splendidly named Sir Jeremy Bagge led the unsuccessful resistance.


The latest spat is nothing to do with adulterous liasons but a hate/hate relationship between Conservative candidate Joanne Cash (above) and the constituency big bug and chairwoman Amanda Sayers. The bitchslapping has reached a deafening crescendo and Conservative Central Office has had to intervene. The brawl reached a crescendo when Cash resigned as candidate and then unresigned, tweeting triumphantly 'RIP dinosaurs'.


Presumably, we are supposed to treat this shower seriously as a party of government. The rabbit's pen is dipped deep in vitriol in anticipation.


The bloke above is married to la Cash, went to Eton with 'Dave' and is called Octavius Black. He is one ugly fuck! With all his money, couldn't he arrange for a new face?

Sorry to drag law into this but the US Government are not happy bunnies following revelations in the case of Binyamin Mohammed, a British resident and former Guantanamo detainee, that he was tortured and that MI5 (the British Secret Service) knew this. 'Not helpful' complain the US Office of the Director of National Intelligence (sic). The (UK) government had tried to suppress the relevant documents but to its great chagrin failed. The White House pronounces itself 'deeply disappointed'.

The judgement of the Master of the Rolls and all round good thing Lord Neuberger says a number of highly disobliging thisgs about MI5. To such an extent that Jonathan Sumption QC has written to him on behalf of the government seeking the judgement to be toned down. Unfortunately the letter went to other parties to the litigation and the cat is out of the bag. Here is the gist of Mr Sumption's complaint.

Who would have thought such bad things? For those whose idea of as much fun as can be had with your clothes on is reading a very long law report feast your eyes at the link.

'National Intelligence' *guffaw* Now there's an oxymoron for ya!

BTW, Brian can't wait to start reading your book. I gave it to him for his b-day yesterday.

This was written in english right?

Cause right around the paragraph that begins with the new labor talk- you totally lost me!

i did get the part where they guy in the photo has so much money he should be able by a new face. but really, just an eyebrow wax should do the trick.

otherwise, yeah, you go with your english sayings and english vernacular.
;)

What bad timing. If only the MI5 keeping secret CIA torture story had come out earlier, I've have submitted another entry to your caption competition below:
"For you anything: you can torture our residents wherever you like."
If I ever write a novel, I think I'll make one of the bad guys an old-Etonian called Octavius.

I don't even know what to say, except that I try not to live in reality. My world is much better.

Jojo-- Thought of you today when i heard "Oh What a Night" I remember you knew all about that song. Blogland is so funny that way... you can be reminded of someone you never met, by a song. Crazy!
ciao ya'll,
pf

*L* I will enlighten you about Vernon who (at least i think so) is a fellow Yorkshire man. Not hat i read The Sun i hasten to add.

I cant Imagine Labour winning.But,equally, I cant imagine the Tories in Power.Strange Days!

I must confess I love The Sun and also The News of the World. I am a semi-faithful reader of both. I JUST LOVE saucy scandal!

Mahal - Get writing! You've got a running start there...

Tony - It is a wioerd idea. Not nice either.

Sarcastic Person - I nadmit if I see a copy lying around it pick it up....

One wonders what the late great ROn Knee would have said about this?