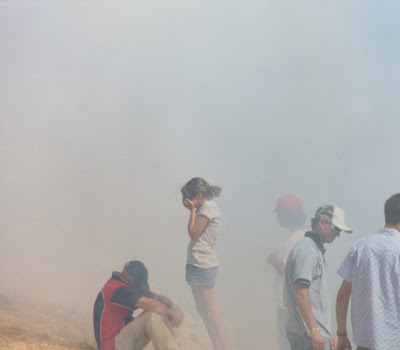 I confess that I had never heard of Sydney based photographer Michael Corridore until very recently. His photographic style has been described as minimalist, which creates a bond. The rabbit was once told by a literary agent that she didn't like the minimalist style. I didn't know I wrote minimalist. Corridore photographs minimalist. The above is called - erm - untitled, a sparse enough title one might think. 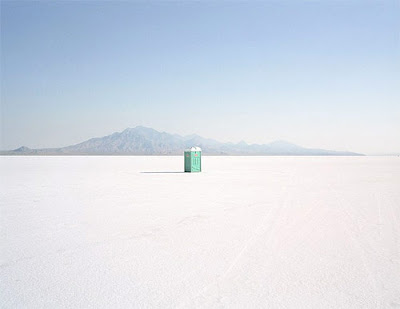 The above appears to be a Portaloo in the middle of sandflats. I don't know why or where but my curiosity is aroused which I suppose is the whole point. 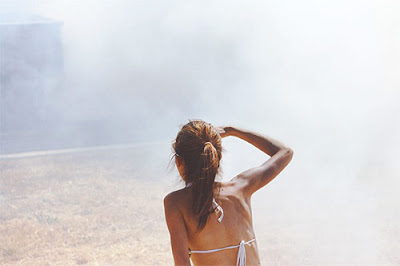 A lot of his images appear to be of sandstorms or some such interruption to everyday life. What is going on? 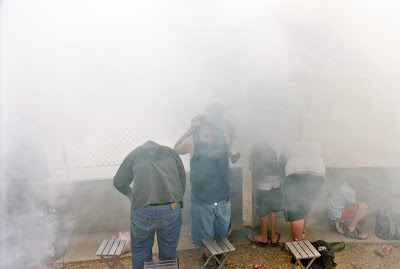 Strangely (apart from Portaloo pic) the photographs were taken at a strange 'sporting' event - a spinoff from drag racing - in which the contestants lock their brakes and spin their real wheels until they explode. No, I don't know why people turn up to watch this either. Must be an Australian thing. 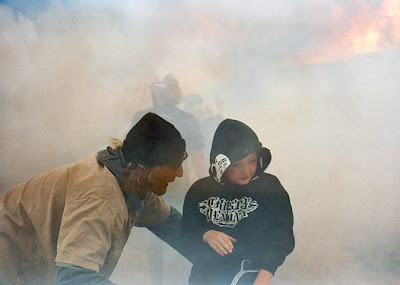 Not sure the boy is too keen on it, though... 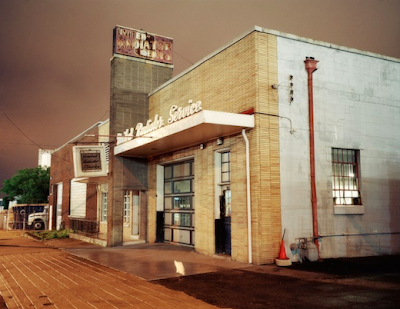 Our man does other types of image too. I don't know where this one was taken. Maybe somewhere in the Australian outback. 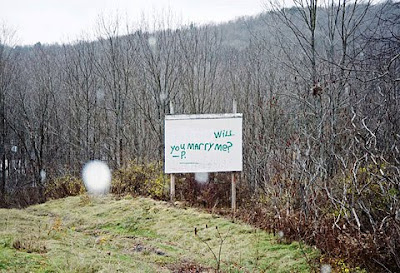 This is my favourrite. Come on, fess up! You really want to know who spray painted this and what the answer was too!

Finally and to totally change the topic, as a rabbit service, here is quantitative easing helpfully explained. Let it never said that the rabbit is other than educational...

If I'm not mistaken, the portapotty looks like it's on the Bonneville Salt Flats in Utah.

PS Remember they had all those terrible fires in Australia a couple of years ago? I have a ton of FB friends in Oz and they were all posting photos and status updates about it.

I love the one of the girl peering into the dust, and the little boy with the Spicoli guy talking to him.
I've never heard of this guy, either. Always learning something here!

I love that video - it's just sheer perfection. :)
Oh- and your writing style is, too. Not sure I'd have called it minimalist, either, though!

OK, the video is a bit simplistic and a political as heck, but it is bang on!

I had to put up my Goldman-Sachs Financial Insider's comment to right wing nitwit Brother in law about the quantitiative easing.

"Is this an episode of the twilight zone?" That is a very good description of the current economic system.

Many people who are not economists know that the way to rejuvenate the economy is:

Take away the systemic demand for continual spurious 'growth'.

Launch grand projects that will be useful to all: infrastructure, mining asteroids, colonising Mars, growing edibles within cities (roofgardens, allotments, window-boxes)... Making and working resources is what the economy is at bottom, not fluctuating lines on a chart. During the Industrial Revolution there were faddy consumer gadgets, yeah, but there were also new sewerage systems being constructed, great bridges, housing, fleets of ships, welfare support systems, etc.

The fact that it takes cartoon characters with auto-tuned voices to educate people about what is going on in the world says a lot about the mentality of the majority of Americans.

The photos were OK, but I've seen amateur photos from similar events that look just as good as these.

Minimalist writing is harder to do than the more flowery kind. To be able to weave a story and be succinct in doing so is an art IMO. My favorite author, Walter Mosley, is the epitome of conveying great mental images with few words.

I think the sand/smoke motif goes rather well with the Quantitative Easing...

I really do like the photos. I think it's a great metaphor for how most of us go through life for one reason or another. (Portaloo notwithstanding.) That one was just pure inspired genius!

Ok, one complaint, the video scared the snot out of me, but it also made me giggle. Does this mean I'm insane?

Unique_Stephen sent me a link to the video and told me he found it here on your blog. I had to blog it, too. I thought it was funny. I mean, it's true and its scary, but funny in a way.

Thanks to all an apologies fro being slow to reply...

JoJo - You maybe right re Salt Flats. Our man doesn't give very descriptive titles to his pics.

Sybil - You are such a smooth talker! Thanks for compliment re writing style.

Laci - "Is this an episode of the twilight zone?" That's immortal. In fact I shall use it at the first opportunity.

G - You remind me I must blog on post-industrial cities notably Detroit and how they have dealt with industrial and general decline etc.

Catchy - I just can't write the flowery stuff. Mostly because I can't see the point...

Fleur/Findon/Steve - the video is a little gem and - Little Flower - fear and goggling are quite normal. there is no need to worry :D

Giggling not goggling - or maybe goggling is okay :D