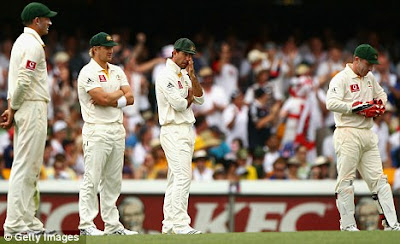 The rabbit has for some time made intermittent attempts to educate Americans in matters cricketing. So far not much luck. It will however been gathered by some that matches between England and Australia are known as 'The Ashes'.

Ashley Kerekes, from Massachusetts didn't know that. In her innocence, she has a twitter account - @theashes. She knows nothing about cricket and much to her surprise she started receiving tweets about the Ashes match just ended in Brisbane and her followers rose from 300 to 6,100 in the course of the match.

Her boyfriend gave her the nickname 'the ashes'. Neither he nor she know why. Initially she reacted grumpily and tweeted 'I am not a freaking cricket match'.

However, she appears to have cheered up considerably after the offer of a free flight to Australia from Quantas Airlines after a 'a #gettheashestotheashes' movement on Twitter and declared her new celebrity as 'amazing'. She is reading up on the rules and will attend one of the forthcoming Test matches.

She is also selling T-shirts with 'I am not a freaking cricket match' on them. I suppose there's a business opportunity in just about everything. 'I hope no one is offended by me making t-shirts. I probably (sic) make 2 cents a shirt. I'm not trying to get rich just have fun' announced our heroine (pic below)...

ps Didn't we do well! 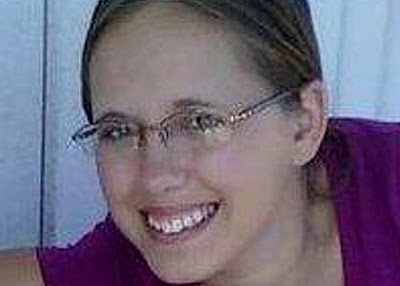 Then,Maybe, The Aussies Might Select For The Next Game?

All I know about cricket is what happens when you hit a roll of flaming toilet paper with a cricket bat:

Not as well as you are likely to do in the next few games. Groan.

Holy moly. Why can't someone fly me somewhere?!
Guess my name isn't "locale" enough.
I could go for a trip to Key West right about now. Hmm...

Sybil--Maybe if you changed it to Portia Law we could figure out how to get you to Stratford-Upon-Avon or John Mortimer's chambers.

I had a smart arsed comment all ready for you... think I'll keep it under my hat for now.

There was an English pub called The Mayflower, in San Rafael, CA. On the wall was a tea towel with some very bizarre cricket rules. I don't get it at all!

I hope Ashley makes it to Australia!

i bet the ashes is the last great sporting contest that hasn't trademarked its name. maybe she could trademark it and sue the ashes for infringement.

yes we did do quite well. collingwood should have taken that sitter at slip and we might have embarassed them a bit more. still, we don't do 'shouldas'.

Tony - Indeed they might. Quick crash course on spin bowling and she'd be in pole position.

Sybil aka Portia/Laci - Well there's an offer to ponder


JoJo - actually the rules are called the laws. Don't ask me why. Ashley who can plainly tell a freebie when she sees one is definitely going. I think this is yet another example of Warhol's 15 minutes fame.

SW - You must be right about the absence of trademarking. Or indeed sponsorship - I'm having horrible visions of the KFC Ashes or somesuch.