I confess myself increasingly amused despite my better judgement by Guido Fawkes - anyone Charon QC is on good terms with can't be all bad. The above clip - with Hat Tip to Charon for posting it and thus attracting my attention - has intrepid Guy TV reporter Emily No Mates questioning leader of UKIP Lord Pearson of Rannoch. By way of explanation Lord Pearson of Rannoch - or Malcolm Everard MacLaren Pearson, Baron Pearson of Rannoch, of Bridge of Gaur in the District of Perth and Kinross to give him his full name (and he's only a jumped up life peer) is leader of the United Kingdom Independence Party - a collection of, to quote 'Dave' Cameron in a rare moment of spot on-ness as 'fruitcakes', 'loonies' and 'closet racists'- which about covers the field - who principally want to withdraw from the European Union but have other equally bonkers policies. The rabbit has a view on the EU - I'm in favour of it. Deal with it. But I digress...

The latest bonkers UKIP policy is that they want to ban the burqa. Now I genuinely don't understand why anyone would want to wear the burqa but as a matter of individual freedom if someone voluntarily sees fit to wear one, I can't see how that is any business of the state or a suitable subject for a ban. What do the powers that be do? Go around removing the burqa from women having the temerity to wear them in public? Arrest them? Prosecute and imprison them (presumably sans burqa)? A ban on the burqa in public places is being contemplated in France but we're British. We don't do that sort of thing.

Well UKIP would us like to and they claim to be as British as British can be. Have a look at Emily - resplendent in burqa - interviewing Lord Pearson etc etc. It's 3.10 into clip and very bizarre stuff too.

On a completely different topic - Valentine's Day is imminent and the ever diligent Mahal draws my attention to a suitable present for your lady love to celebrate this auspicious occasion - Just The Thing , I'm sure you'll agree!

A couple of parting shots, comments on older posts happen quite regularly but can get lost in the mists. An early White Rabbit post on Becky's Dive Bar has quite a 'tail' of comments made well after the posting (I blame drunken nostalgia and Mr Google - a febrile mix!). The laikin' t' scum posting is not that old (2 January 2010) but a comment just arrived on it that otherwise may be lost. I said that laiking was a Yorkshire dialect word for playing. What I didn't know was its origin. A commenter named sobriquet - to whom welcome to my humble blog - did. I copy and paste...

Yorkshire dialect comments now! Sitha is a contraction of 'see thou' (I think!). I blogged on the Yorkshire Flag a long time ago and shall fly it again today. The link to that posting has a link to the posting which, if I had to nominate one posting from WR to survive for posterity, I would choose - Go ahead Warden, murder me... Take a look. 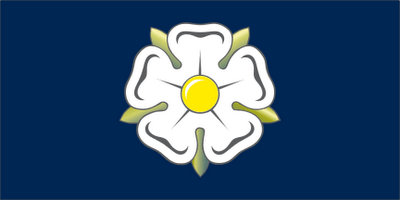 I think it is see thee here...

speak english, dammit! *laughing hysterically at her own joke* xoxoxox

Don't have energy to read all, but did want to say hi and nice flower.

I think I did catch something about some ruckus debauchery?? Good for you!

ps be back when i can concentrate!

Guido Fawkes aka Paul Staines is a tit.

ps I daresay you are right. Finding the good side of right wingers is a bit of a labour intensive activity.

*puts tip of forefinger against temple and rotates it*