Off down to London... 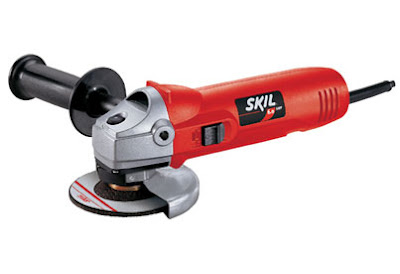 Here is a - very temporary - parting shot. I'm working in London tomorrow so think I'll head down tonight to avoid travel grief tomorow morning given present conditions.
Jailhouse Lawyer - the source of so many goodies - comes up with the following gem of a news item:
"Man's penis removed from pipe
A man who went to casualty with his penis stuck in a steel pipe had to be cut free by firefighters using a metal grinder.

Medics at Southampton General Hospital could not get the man's penis out of the stainless steel pipe because the restricted blood flow had caused it to become aroused.
So they called in Hampshire Fire and Rescue Service.


They turned up with a special equipment unit from St Mary's station in Southampton and seven firefighters to help in what a spokesman said was a ''delicate operation''. The firefighters used the four-and-a-half-inch grinder to cut the pipe from around the man's penis and it took about 30 minutes. The patient was given an anaesthetic and his penis was left bruised and swollen but otherwise unharmed.
The anxious man aged about 40 gave hospital staff no explanation about how the pipe got stuck after he turned up on Tuesday morning".
I love the bit about the man giving staff no explanation as to how this penis got stuck in the pipe. I would have thought the answer was rather obvious...
Oh and as a variant on a theme - with hat Tip to Daily Obsessional - here is the White Rabbit. He wants following!
Posted by white rabbit at 13:14

Oooo, I like pookas (i.e. Harvey)! Now all I'm thinking about is Elwood P. Dowd and Myrtle Mae.

When I graduated in medicine i made a promise to the effect that i would respect patient confidentiality. Obviously "firefighters" don't make the same promise...

The ex was a nurse and would come home with stories of shampoo botte etc, only in a different part of the body.

Hope you have fun in me home town, snow is mostly clearing now and temp going up.

had to retrieve a champagne cork once,was a cheap one
cant get the perverts nowadays..

Oh my... well I guess they call it layin pipe for nothin'.

What a great story...and I am sure the story will do the rounds at the fire station for years to come!

A friend of mine is a casualty nurse, she had a guy come in once with a broom handle stuck in a place it really shouldn't have been! He told them that he had gone into the loft in the middle of the night because the electricity had tripped. He said that the lack of light made him fall out of the loft and he fell straight under the broom. mmmmm, likely story!

Seemed obvious to me, too, buddy. Safe travels.

Hello white rabbit, the above comment is obviously deeply offensive and I would appreciate it if you could delete it for me please as soon as you can. I can't find an email for you so have to leave a comment here amongst this vile, monstrous nonsense left by the coward obsessive who should just have met me when he had the chance.

Daniel - Consider it deleted. Only the second I have ever deleted.

Thanks so much, do keep an eye out won't you and sorry that your blog had to have that vile filth on it.

Safe Travels (it's snowing quite heavy again here as I type) Your story sounds like an average Saturday night out in Todmorden! The next time I hear someone complain that they are "exhausted" I will know exactly what they mean!

Catchy - I mustr confess I'd never heard of Pookas before - I assumed it was an American thing until I diod a quick google and discovered it is old Irish for ghost...

John - well I take it that the pipe fancier was not identified by name.

fucking a. had to saw the pipe open to get at his penis.