The rabbit is flat out workwise but here are a few items that amused him... 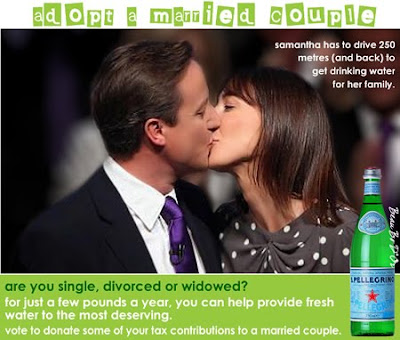 Yup, this is Beau Bo D'Or (link to left again). The context is that the Conservative opposition propose to give tax breaks for married couples, so as to encourage marriage as a general Good Thing. The people in the pic are the leader of the Conservative Party David 'Dave' Cameron and his stupefyingly wealthy wife. This policy is generally considered a dumb idea and particularly boneheaded piece of social engineering. There is as of yet no answer to the question as to how it is fair for a high earning husband to run off with a younger woman, divorce his long suffering (and lower earning) wife and marry the younger woman and have the benefit of a tax break in so doing where the ex-wife loses the benefit of the tax break. If Dave wants to pop in and explain, WR's comments box is as ever open. 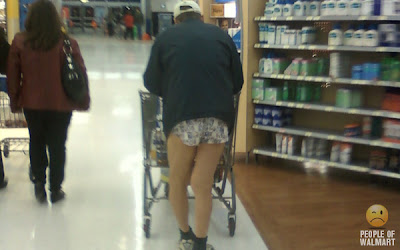 The ever industrious Mahal has drawn my attention to a site called People of Wal-Mart. It is a collection of shots of Wal-Mart customers. They are not a pretty sight. Here are a couple to be going on with. Best not to laugh at the Americans, though. Wal-Mart, sub nom ASDA, is among us and the grotesques can't be far behind. 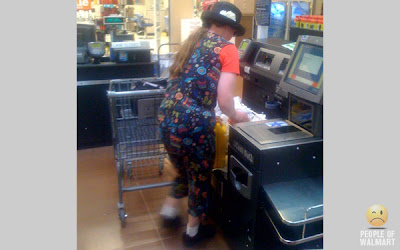 Here is a particularly weird one. Someone takes their monkey on the grocery shop??? Notice the banana dispenser. 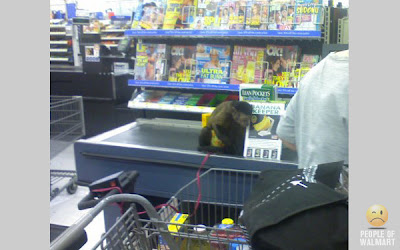 Oh and while on the subject of monkeys, here is a little gem lifted from Charon QC... 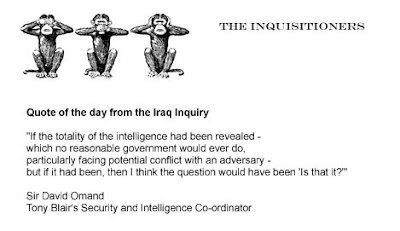 Hmm, and what exactly is their definition of marriage, would it include civil partnerships?

I work with Wal-mart people, they brighten my day.

Your Saintliness - I think they'd have to or it would be a blatant case of discrimination - which would be very bad for the supposedly detoxified brand. The nutcase right wouldn't like that though. Watch this space...

Good point, by the way. Hadn't occurred to me.

I glad you find happiness in the company of the nice Wal-Mart people.

The U.S.A. has given tax preferences to married couples for years and it has had no effect on the marriage and divorce rates. The US tax system also gives bonus refunds to single mothers with children, but that HAS had an effect on increasing the number of single parent households.

I've been a fan of People of Walmart for a long time. I never shop at Walmart in real life for political reasons. In the US, Walmart has identified locations for their stores, then convinced local governments to use eminent domain procedures for the benefit of Walmart, forcing many small business owners to sell and relocate. This is not what eminent was designed to do.

Happy New Year to you! I hope that all is well with you.

Amusing link about the People of Wal-Mart. I have seen it before, and there are definitely some memorable characters displayed. There happens to be a Wal-Mart just a few miles from where I live, and I go there on rare occasion, primarily because of its variety and low prices. It is definitely not one of the finer venues, but I've never personally seen the bizarre sort of people there like those displayed on the web site.

Catchy - The information that tax breaks for married couples in the states makes no difference to anything is no surprise!

Good for you re Wal-Mart. It is a pity when monster retail comglomerates drive small independent traders out of business. We are all the poorer for it. I agree best not to encourage them.

Catchy/Matthew - I'd never heard of People of Wal-Mart until yesterday! They had no UK presence at all until not very long ago when they bought supermarket chain ASDA (which started as a retail outlet for a group of Yorkshire farmers, I think).

I've only bought anything in a Wal-Mart once in my life. A pack of sports socks in one of their Toronto outlets to be exact. in fairness, they lasted a helluva time...

I love the People of Walmart site. That said, my husband and I took a stand years ago that no matter how bad things got, we'd NEVER patronize that store EVER. They treat their workers like crap.

Or as the Northern Sun tshirt says, "Malwart, your source for cheap plastic crap".