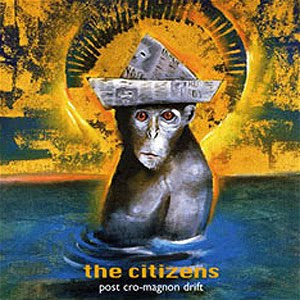 It's been a while since we had some nasty album covers, isn't it? The above - The Citizens' post cro-magnon drift is more weird than horrid, though. All very odd... 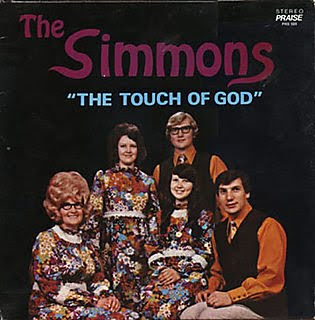 As always, US Gospel music covers provide some shockers. Do you think the women are wearing those dresses for a bet? And was the one on the left's hair bolted on to her head by some strange industrial process? 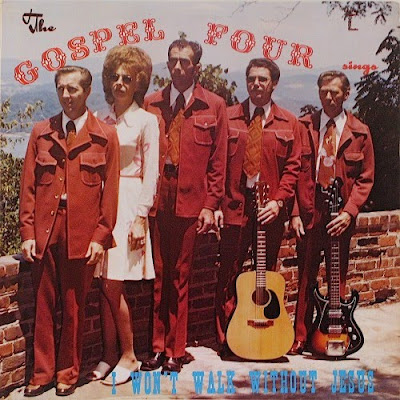 Okay, just one more gospel album cover. The Gospel Four? Ermmm... There's five of them. And the 'woman' second left is plainly Phil Specter in disguise. 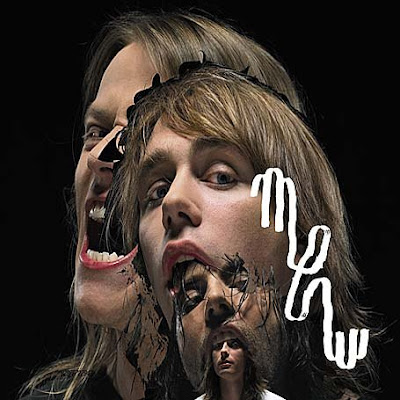 This album cover - for the strangely named And The Glass Handed Kites by Danish band Mew is seriously not nice in the rabbit's opinion. 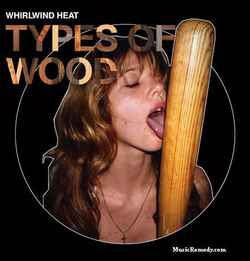 It's always good to see a bit of subtlety, I'm sure you'll all agree. The above flurry of good taste is Types of Wood by Whirlwind Heat, who are apparently from Michigan, Which is nice. 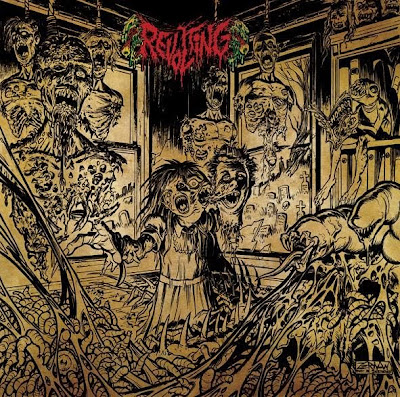 And from the aptly named Revolting, here is the cover for their CD The Terror Threshold. You can get a long way with subtlety. 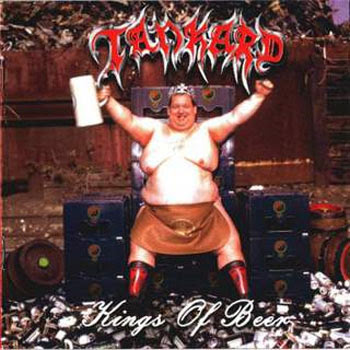 Okay, just one more. Above is Tankard by Kings of Beer. The band's guitarist quit because he concluded that the other band members were a 'bunch of drunks'. How long it took him to reach this less than surprising conclusion is not clear.
Posted by white rabbit at 15:53

The Gospel Four "won't walk without Jesus." That is not Phil Specter, that is the holy man himself in drag.

Birch you didn't know that licking is a poplar way of determining types of wood. You can also discover whether it is hard or soft wood.

Nothing sells an album faster than a party boy with man boobs and a tiara.

Didnt Whirlwind eventually change their name to Splinter?
& what a shame The Gospel 4 & Revolting didnt form a Super-Group.

OMG Those are sooo funny! Sick and twisted, but funny as hell!!! That first one is particularly disturbing.

I dont know which is worse - Mrs Simmonds ( for one presumes that she is the matriach of the clan) Extraordinary blonde wig/hairdo or the guy with the moobs on the cover of Tankard!

Angels and ministers of grace, defend us!!

Catchy - 'Nothing sells an album faster than a party boy with man boobs and a tiara', - Words of wisdom as always. I often remark the same myself.

Tony - The Kings of Beer could join the lineup too. Makes sense to me.

JoJo - I fear theer's more to come. There's just too much car crash type material available for this thread.

Your Minxitude - Mrs Simmonds' hair/wig is morbidly fascinating. It defies the laws of gravity. And good taste...

And as for the moobs DDD Cup job, I suspect

I dont believe that there is an over the shoulder boulder holder in existence capable of supporting the offending moobs - this may be one for engineering students at various and sundry seats of learning, but I suspect that this would be too much of a challenge given that the closest many of them have come to boobs of any shape or size was when they were weaned!

Minx - Are you suggesting that the average engineering student has a less than full and satisfying...

Whoa! That last one has me really hot! I think it's the man boobs.

PS In the Gospel 4, the person in drag is neither the holy man himself or Phil Spector... It is Don knotts. :-)

The touch of God was clearly ugly...

That ho in the Gospel Four (FIVE!) does actually look shockingly like Phil Spector. Good call my man.

DHG - I confess a morbid fascination with that woman's hair. It's about the height of her head from tip of jaw to top of forehead and stands without any visible means of support.