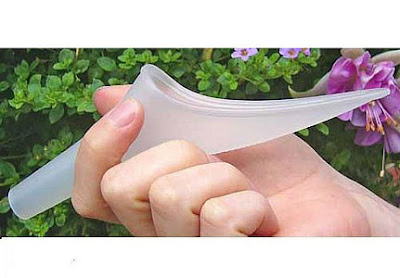 The high moral and intellectual tone of White Rabbit is known throughout - erm - somewhere or the other so it seems a pity to lower it. So I shall blame Daniel Hoffman-Gill (link to left) for bringing this item to the rabbit's attention thus necessitating further comment as regards it. The device portrayed above is called a She Pee and is for - well it's obvious from the name is it not? It was actually invented by a Dutch person named Moon Zijp. She invented this device while travelling in Indonesia, came back to Holland and demonstrated it on national TV (typical Dutch, that). P Mate - as the device is also known is described as the female public urinating device. As a mere male, perhaps I should refrain from commenting further but simply direct anyone female in need of such a device to this informative site where orders can be placed. Five for three quid a pop. A bargain I'm sure all and sundry will agree.
Plus it was absolutely necessary to steal the image below from Sarcastic Bastard. 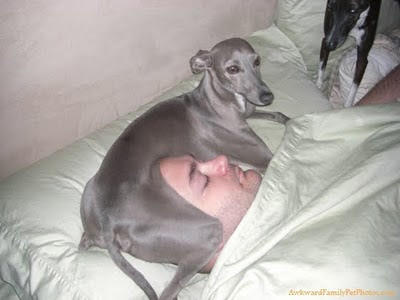 Shewee had a stand next to my beautifuls stand at the recent NEC Outdoors Show. The demonstartions were hilarious as was the emptying of the paddling pool! Come to think of it, it would make a great film!!

Findon - People were sheweeing into the paddling pool??? :-O

I don't believe the She P will be a big seller in the States. Now the Whippet Nocturnal Head warmer??? That may get some traction in the northeastern States.

Thanks for hat tip!

The comments above are great.

Thanks for the hat tip. Have a great weekend. It's hotter than blazes here in wretched Ohio.

I've been seeing those in catalogs for many many years!

I could make a fairly crass joke about your Asian spam comment....

but .... the cynic in me loves that hard core feminists still have to squat .... Will they erode all my smug pleasure