No-one likes us and it's been snowing and it's cold... 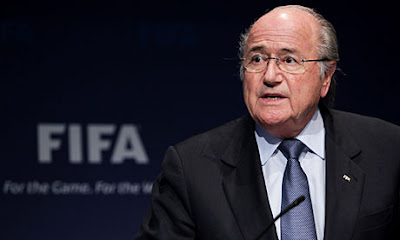 For the footballingly challenged, the above is Sepp Blatter who is aged approximately 300 and is head of international footballing head honchos FIFA. There is presently an outbreak of national navel contemplating as England despite having - at least in the opinion of all persons English - by far the best bid, failed to secure the 2018 World Cup which has gone instead to Russia (see WikiLeaks for assessments of Russia as a 'Mafia State'). England, it must be said, not only failed but crashed and burned hugely with two votes - one of which was, erm, England's. Cue much muttering including absurdly seeking to blame the BBC and Sunday Times for whistleblowing stuff on FIFA corruption. The truth is that FIFA is an opaque and corrupt gerentocracy that doesn't like England anyway so sending out Beckham, Prince William and 'Dave' to grovel before them was a waste of time. Now let's move on. For example, by contemplating how things are shaping up nicely in Adelaide. 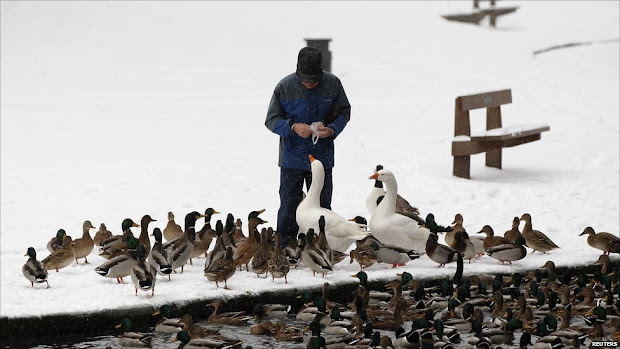 In the meantime, the British Isles are in shock as per usual when the weather turns very cold and it snows. Here are some images of Britain in the throes of a cold snap starting with a man feeding the ducks in Stockport. 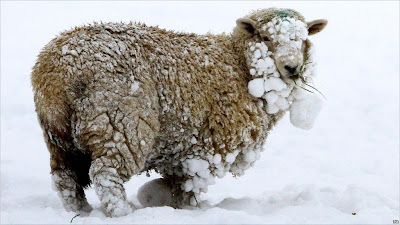 Plus a rather fed up looking sheep in Kent. 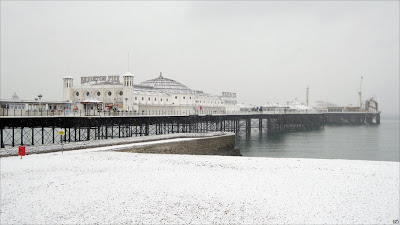 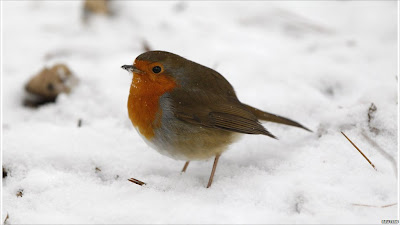 I think this is my favourite. A robin looking somewhat bemused in Manchester. 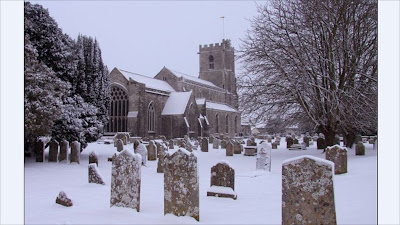 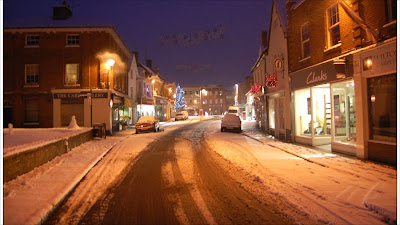 And finally another image from Dorset, from the town of Wimborne at night. Hat Tip to BBC for the above lot.

And finally and with Hat Tip to Babybarista, here is another in the occasional rabbit educational services explaining how not all is well with the world economy.
Posted by white rabbit at 13:32

I can't believe the snow that you've been getting this year so far. And it's not even Winter (officially) yet! Yikes!

wow..look at all that snow..you guys get snow and we get warmer winters.it's going to be in the 70's here.
I love that video..I stole it and put it on my facebook.

That robin picture is so cute!
I am jealous of your snow - it's freezing here and we've only gotten several dustings. (Although we're supposed to get some real accumulation this weekend!)

My fellow UK bloggers have been featuring the snow in their neighborhoods as well.

Well how do you think the US feels, being passed over in favor of Qatar?????? I mean seriously, soccer in 110 degree heat? Good luck with that.

It looks like the sheep thought it was fancy dress and came as Santa. How else do you explain the beard?

'Well how do you think the US feels, being passed over in favor of Qatar?????? '

but david beckham said qatar was 'a great country'. america on the other hand is a collection of religious extremists with huge swathes where you can't get a drink, the people talk and dress funny and it's generally full of gas....actually i may be getting confused here.

The sheep is my favourite.