The latest on WikiLeaks and what you can use your card for... 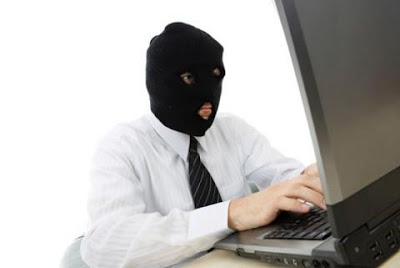 The rabbit's curiosity is aroused. Basically, there are two stories running here. Conspiracy theorists would say that there is one story with two threads. The first is the arrest of WikiLeaks founder Julian Assange. He appeared before Westminster Magistrates Court yesterday in relation to extradition proceedings brought by Sweden. To be exact as there has been much rumour and assertion and counter-assertion on the topic, the charges in respect of which extradition is sought are as follows:

The first involves complainant A, who said she was the victim of 'unlawful coercion' on the night of 14 August in Stockholm. The court heard Assange is accused of using his body weight to hold her down in a sexual manner.
The second charge alleged Assange 'sexually molested' Miss A by having sex with her without a condom when it was her 'express wish' one should be used.
The third charge claimed Assange 'deliberately molested' Miss A on 18 August 'in a way designed to violate her sexual integrity'. The fourth charge accused Assange of having sex with a second woman, Miss W, on 17 August without a condom while she was asleep at her Stockholm home.

Apparently in Swedish law rape is not founded on lack of consent but on the concept of 'sexual integrity'.

Assange was remanded in custody on the ground that he may fail to appear, a point underpinned in the mind of the District Judge by his 'lack of community ties' in the UK. This is despite an array of the great and the good including Jemima Khan and Ken Loach presenting themselves to the court to offer themselves as surety. Assange is of good character and had handed himself in voluntarily at Kentish Town Police Station. If he is extradited, apparently all defendants in Sweden go into custody (this somewhat surprises the rabbit as he was brought up to believe that the presumption of bail follows the presumption of innocence) but there is a two week timescale for charges and a three week timescale for trial. It would be interesting to know what the maximum penalties are for these offences - no doubt all will become clear. Below is the car carrying Assange arriving at court. 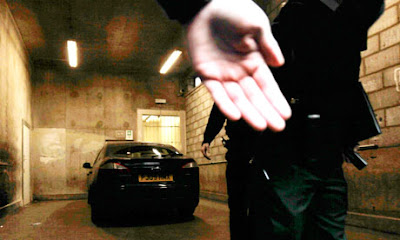 Now the US is undoubtedly out to get Assange. Are the extradition proceedings a part of this attack? At the risk of getting all lawyerish I think that the answer at the moment is 'no evidence'. At present, I don't buy it. The more likely view on present information is that Swedish prosecutors are doing some serious grandstanding. The US attack takes different forms. There is a lot of extreme rhetoric emanating form the US right calling for Assange to be variously executed, 'taken out' or 'neutralised'. It will be interesting to see if there is a serious attempt to extradite him to the US in due course. The problem appears to be that it is highly debatable whether he has committed an offence under US law. Oh and Swedish prosecutors say they will not hand him over - though whether such resolve would last following an extradition request remains to be seen.

For the moment, the attack appears to be twofold. Firstly, WikiLeaks links keep being taken down. The rabbit link here is frozen. It hasn't gone down but it is generally stuck. Secondly, US pressure is undoubtedly being brought to bear on commercial bodies to cut off WikiLeaks' sources of finance. Mastercard and Visa have suspended their links with WikiLeaks. PayPal and Swiss Bank Post Finance have also removed support for WikiLeaks. In the meantime hackers or 'hacktivists' have launched a counterattack named 'Operation Payback' and succeeded in closing down the Mastercard website. PayPal and Post Finance have also been on the receiving end of the hackers' attention. 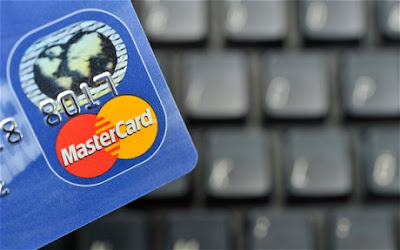 Some comment has been made as regards things you can still do with your Mastercard etc. Well you can still join the Ku Klux Klan. They do have certain rather rigorous criteria. 'You must be a free white male or female of European descent, at least 18 years of age' they announce. Warming to their theme the would be member gathers that 'you must not be married to or date people of other races, nor have mixed race dependants, this includes adopted children'. Uh-huh. Furthermore
'under NO circumstances will we accept for associateship: homosexuals, atheists, or those who have been found mentally insane'. The capitalised NO presumably makes these things clear enough.

Above are some Klan members not being mentally insane (what other sort of insanity is there, by the way?) Is any of this a problem for Visa, Mastercard or Amex? Nope. The rabbit purported to buy a KKK flag from their website. Is this a problem? Nah! Course not... The Klan linked 'Christian books and things' are graciously please to accept Visa, Mastercard and Amex.

Nearer to home, anyone wishing to join the BNP can do so using an array of plastic: Visa/Visa Electron, Mastercard, Solo and Delta.

Of course the BNP had to comply with that pesky equality legislation to render itself legal. The British People's Party , the body for people who consider the BNP insufficiently nuts, has no such grudging compliance with equality legislation. Would be members have to 'declare that I am of European descent and that I will work in whatever way I can to further the aims of White Nationalism'. We are in KKK territory here. They have lots of jolly merchandising, including a classy Adolf Hitler bust previously featured on White Rabbit, but with lots of new stuff too such as a tasteful SS Death's Head patch. 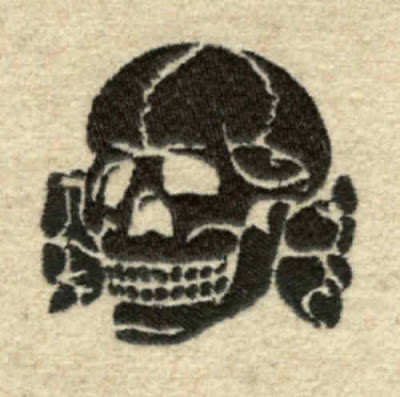 Visa, Mastercard etc do not deal with the BPP but there is a link to a PayPal account - another body to remove its link with WikiLeaks. In fairness, PayPal may not know who they are dealing with. If they did no doubt they would remove the link pronto. Wouldn't they?

By way of a little light relief, here are some Cadbury's Smash adverts. Smash was an instant mashed potato mixture from the 1960s/70s when such a thing was considered a pretty neat idea. Smash (they may still make it for all I know) tasted thoroughly nasty but their ads were pure quality. Enjoy!

I'll be honest, I don't really have an opinion one way or the other on this whole wikileaks thing. That story is just the 'flavor du jour' as far as I'm concerned. In other words: zzzZZZzzzzzZZZZzzzz

BTW, I've noticed that you use the phrase "as regards". That's virtually unknown or unused in the USA. We say 'regarding' or 'with regard to'. Except in my law office, where we just write re:

Wait - isn't Cadbury just chocolate?! What the ?! Potatoes?!
Although I liked the commercials! The aliens had like, charcoal barbecue grill heads!
The whole PayPal, Mastercard and Visa thing kinda pisses me off. If you're gonna start getting picky based on some sort of moral thing or just from pressure, by all means - take out the frigging KKK and related organizations first! Yeesh.

Many happy returns of the day Rabbit!

To hell with the rest of these cheesers.

I am so proud he is an Aussie. Now if only he could play cricket!.

in this day and age of everyone knowing your business because of the 'net..they should have known better..

methinks refusing the 'mentally insane' may leave the kkk a bit short of members.

Little Flower/Tony - In fact it's my birthday tomorrow but how Little Flower would know this is a mystery. ESP?

Badger Indeed. I see there are proposals to bring back Warne. Maybe dig up Don Bradman too...

Yellowdog - Indeed they should...

SW - I thought that too. Methinks they protest too much.

I hope you had a good one. I am a tiny bit psychic.

they are shooting themselves in the foot.

then nailing themselves to a cross and setting fire to it.