Stille Nacht and a couple of other matters

The rabbit is hopping off to London for Christmas and the New Year tomorrow so - as promised a little while ago here is the St Thomas Boys' Choir (Thomanerchor) with Stille Nacht Heilige Nacht. I may be quiet until the New Year but don't bet on it.

Talking of the new year, could we start the second decade of the twenty-first century by dropping the 'two thousand and...' business as regards the year? Twentyten will do nicely, thank you. We didn't speak of one thousand, nine hundred and eighty four or whatever.

I post this photo as it was mentioned in an end of the year quiz I read today. It has to be one of the most famous, as well as - in my opinion - one of the best sporting photographs ever taken. It is of the Australian batsman Victor Trumper. I can't find out exactly when it was taken. Maybe about 1910? The photographer was someone called Beldam. It's sad that someone of such athleticism and grace suffered a debilitating, and ultimately fatal, kidney disease. He died in 1915 aged 37, leaving a widow and two small children. His intestate estate was valued at £5. 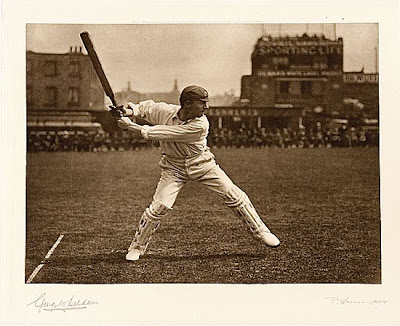 Happy Christmas and New Year to all. Oh and here is a photo (title Winter Solstice) nicked from Jailhouse Lawyer who nicked it from Family Lore. Hat Tips all round. 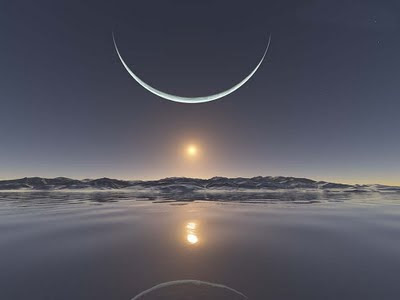 happy christmas, happy new year and remember to raise a glass on 31 dec because it's my BIRTHDAY!!! xooxoxo

Merry Christmas to you and your family. I shall toast to you on New Year's Eve.

I finally got around to reading your book and finished it last night. I very much enjoyed it. Looking forward to the second one.

Merry merry and happy happy to all around!

Merry Christmas Rabbit~ And all the best in twenty ten.

Both photos are inspiring.
Peace,
pf

Merry Christmas to you sir!

Merry Christmas from John and Rocky.

have a good christmas WR and enjoy london.

Nice bit of sun rise Photoshopping there - if its real it wasn't photographed on planet Earth!!

Have A Fine Christmas Sir.Bestest Wishes From tony.

Merry Christmas!!!! Or Happy Christmas as you Brits say. I love love LOVE that last picture! Is that a real photo?

Thanks to all - that was nice!

Savvy - You got it 31st December. I made mental note.

Catchy - Thanks for buying book. I'm glad and relieved you liked it. Feel free to post a blog review! I could use the publicity!

JoJo - I'm not qualifioed to say if the photo is real. Mr Woolman - to whom welcome to my humble blog - thinks not. I make enquiries...

Merry Christmas to you, WR!