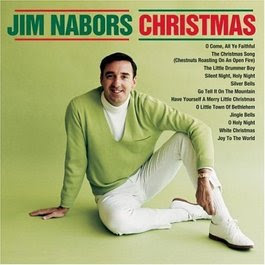 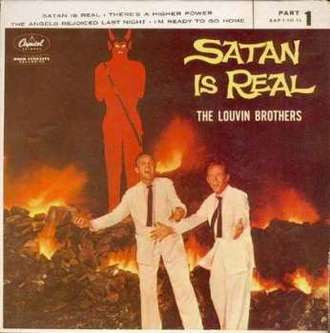 Oh okay, a bit of googling and all becomes clear. The Louvin brothers were really brothers, real surname Loudermilk (!). Ira Louvin, the older one, was noted for his bad temper and his third wife shot him four times in the back after he tried to strangle her. He must have survived this experience as he married a fourth time. 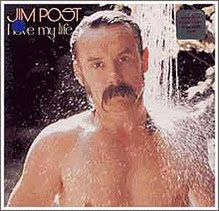 The album title is I Love my Life. For someone thus blessed Mr Post looks strangely fed up. Why he appears to be having a shower is similarly mysterious. Researches reveal that for a mere $10 you can have a CD by our hero called - erm - Frog in the Kitchen Sink - featuring (and I quote) 'original toe-tappin', hand-clappin', jig-jigglin' songs, guaranteed to put a giggle in your gizzard! You'll find frogs in your sink, milk cows singing the "moos," earthworms wishing to fly, and jelly fish jamming with clams by the light of the old June moon!' Erm, quite so 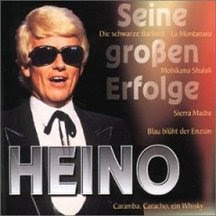 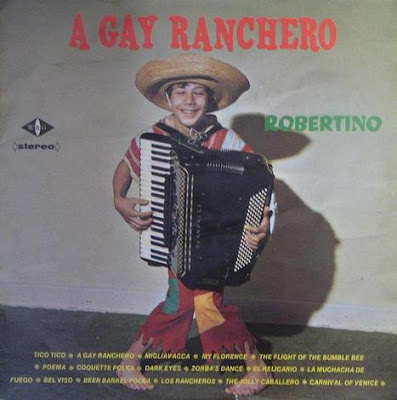 There are places not to come out - and on a naff album cover is definitely one of them. Fact. 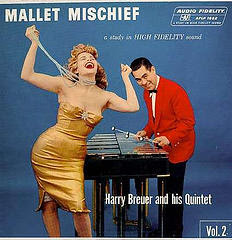 Words fail me.The manic leer. The woman inexplicably in some state of ecstasy as regards what our man is doing with his xylophone. Bidding on a copy of this has just ended on e-bay, Mr Google tells me. Someone is a lucky punter.

I hope someone buys me a xylophone for Christmas!

Mallet mischief I'm up for!

what's so bizarre is that someone thought these were really cool covers and would inspire record buyers! no wonder the 60's were such a relief. xoxoxox

You are on a jag of some sort here with the crazy albums? heheh!

These twisted covers, your commentary and the comments of others are making me giggle.

OMG that last one! I am laughing so hard as the xylophone solo in "Moonlight Feels Right" plays in my head at full blast! hahahahahaha

Jojo, I can't believe all the tid bits about 70s songs that you remember! (or was it the 80s?) Anyway it was long ago!

Petit fleur - "Moonlight Feels Right", by Starbuck, came out in 1976. I used to be a DJ on my high school & college radio stations, so I know a lot about music from that era. lol Plus I think I have the 45. Either that or it's on one of my K-Tel Compilation albums from the 70's.

"I'll take you on a trip inside the ocean, and pop the top at Chesapeake Bay, there's nothing like a sky that knows emotion, the moon will send you on your way...."

Well that explains it. You are funny!

My mother in law's mother said she went to school with Jim Nabors and Jim Nabors asked her to marry him.

And my mother in law said no.

TRUE STORY! At least that is what my mother in law told me while were watching The Muppet Show with guest star Jim Nabors.

AND i said, well yeah, I would have turned him down to, he's kind of a femmy fruitcake.

Merry Christmas to you White Rabbit!!

Mrs Hall/Dr Zibbs - I'd never heard of Jim Nabors. He was apparently some sort of star on US TV way back in the late middle ages.

No-one knows whether he is/was gay or not. It was rumoured he was going to 'marry' Rock Hudson. But didn't. It's not entirely clear to me whether he is still alive.

Happy Christmas to you too.