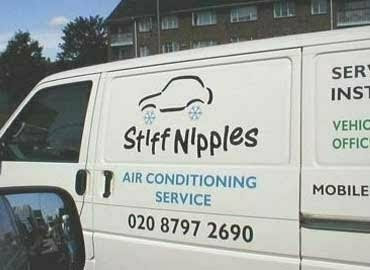 Of course it has to be a London phone number - why am I not surprised? Hat Tip to Candy's Daily Dandy. Research reveal that Stiff Nipples are in Hayes (outer West London) - so to speak. I was in Hayes yesterday - for completely different purposes I say hastily.
Those who complain that I don't do enough law in this blog may be palliated by a helpful sentencing guidelines case. Okay, it's not that helpful because it comes from Russia. But it's weird. Here are the facts: man wants his mother to give him her pension money to spend on alcohol. Mother refuses. Man kills mother by beating her over the head with a brick and then a bit of the old ligature strangulation with electric cable. Man leaves mother on balcony for two days while going on a bender. Finding himself hungry on returning to the flat he - erm - starts eating her. With pasta. He complained he didn't like it much. It was too fatty. Why he couldn't confine himself to eating the pasta is not clear.
Apparently the going rate sentencewise for this sort of thing in Russia is 15 years. Our man got 14 years and 3 months. The discount was explained by the judge as (a) he had pleaded guilty - so far so sensible (b) he needed to eat -ermmmmmm, and (c) 'he was not keen to eat the meat, he was just hungry'.
WHATTTTTTT????? Presumably conversely, if he had pronounced his mother delicious this would have constituted an aggravating feature and resulted in a longer sentence.
Someone commented from New York on the Daily Mail (if you'll pardon the expression) website covering this story 'some people think it's normal to eat haggis, now that's really disgusting'.
I quite like haggis. So throw me in jail. 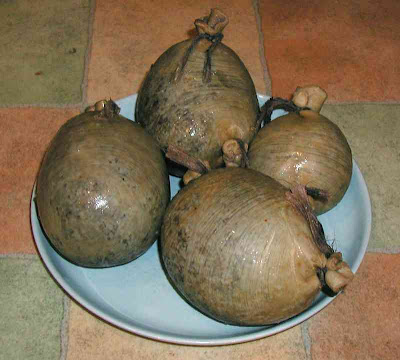 My GOD!! Tell me this is a spoof! WHOA Nellie!

holy mary mother of god! (i like saying that!) anyway, to whom do i send the repair bill for my MACBook now that y'all have caused me to spit coffee out all over the screen! you hilariously delish man!!! oxoxox

So what exactly tumbles out of haggis when you slice it open? Is it like that shark's stomach from Jaws? Fish parts, license plates and little bits of that Kintner boy? :)

Oh EW! Both to the story and the photo of the haggis. I have to go toss my cookies now....

Savannah - I'd sue the bloke who ate his mother for damage to your Macbook - He's at the end of the chain of causation. Trust this is helpful.

I am thankful that I work in family law then. Back in CA when I did exclusively Personal Injury, we had some gruesome ones too. I would not and could not look at the photos taken of the man who was run over by a Contra Costa transit bus. Even my boss Jim was going, "OMG, ew. Oh man....oh no, that's just....ew." Then he says to me and Kate, "Yeah don't look at these...."

My hub and I used to do investigations for post conviction capital cases in FL. There are some pretty gruesome crime scene photos, and mitigating factors... Sometimes if you don't find a way to make it tolerable (laugh) you really will hit the wall.

JoJo/Fleur - The photos are where you really come up against what it is actually about. The worst I ever saw were when I had barely qualified - 63 stab wounds and two months decomposition.