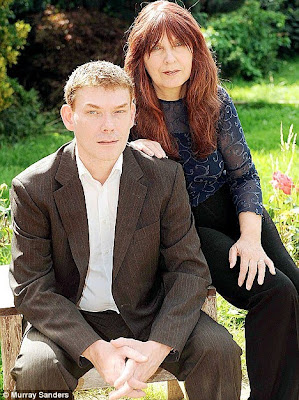 I've blogged on Gary McKinnon (above with mother) before. Now matters are coming to a head. In 2001 and 2002 Gary - who has Aspergers syndrome, a form of autism - hacked into Pentagon computers seeking confirmation of the existence of extra-terrestrial beings, a preoccupation of his. No-one suggests that he intended - or caused - harm to US 'security'. Arguably, he may have done it a favour by showing how easily the Pentagon computers could be hacked into. The UK has an unequal extradition treaty with the USA and there is an application to extradite him to face a likely 8-10 year jail sentence from a maximum of 60-70 years. The inequality is that the US can ask for someone to be extradited from the UK on the basis of 'information providing a reasonable basis to believe' that an offence has been committed, whereas for the UK to extradite someone from the US prima facie evidence of wrongdoing is necessary.


There is no earthly reason why Gary McKinnon can't be prosecuted in the UK. After all, where did he commit the acts complained of? Except possibly that the likely penalty would not be sufficient for the US government's liking. They want the guy's head on a plate, it seems. His mental health has deteriorated gravely. A report prepared by a Professor of Psychiatry has concluded that he has a 'fixed-psychological conviction he will kill himself in preference to being extradited'. His condition, a 'very serious major depressive disorder....aggravated and complicated by anxiety and panic attacks with multiple psychosomatic symptoms on a background of his having Asperger's Syndrome' is so serious he may be sectioned (compulsorily detained) under the Mental Health Act.

Home Secretary Alan Johnson 'stopped the clock' on Gary's extradition to consider the medical material. He's done that now. He has concluded that extradition would not be a breach of the Human Rights Act.

This leaves Gary McKinnon 7 days to appeal to a domestic court or 14 days to appeal to the European Court of Human Rights. Words fail me. Perhaps we should declare independence. Here is Beau Bo D'Or's (link to left) take on this. For overseas readers, perhaps I should explain that Johnson is the Stan Laurel figure on the left. The Oliver Hardy figure on the right suffers from the delusive belief that he is Prime Minister. 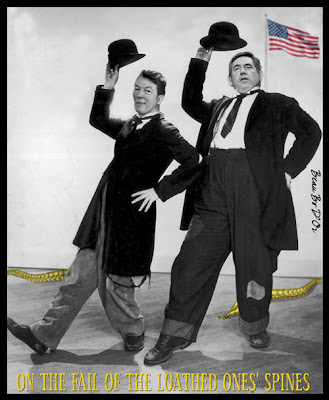 Lightening the mood, this is how definitely not to treat the elderly... 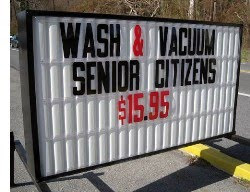 LMAO at the last picture. Well you know the USA, we have that Old West, posse, Hang 'Em High mentality. If our govt was smart, they'd hire McKinnon to try to hack the computers to see if it can be done, so that they can fix the software. That would be a better idea than to extradite a UK citizen with a disability, and toss him in Leavenworth for the rest of his life.

McKinnon can join the White House party crashers in prison so those of us in the US will feel so much safer. We know it's never the government's fault for lack of security.

I must admit I have washed a senior citizen, but never vacuumed one.

JoJo/Catchy - thanks for thoughtful contributions, but....

'I must admit I have washed a senior citizen'

Dr Asperbergers research was in a clinic, that the Allied Forces bombed in WWII. That syndrome is being rediscovered.

With the Ferrets go fishing, I couldn't help but be reminded of that squirrel popping up in a photo.