Rabbit at the cricket, Libya, East Coker and Jerry Lieber 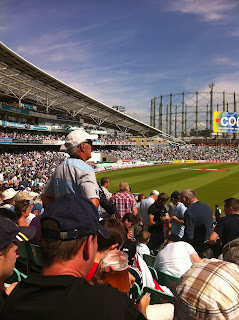 The rabbit hopped off to the last day of the last England v India Test Match (that's as in international cricket American persons) and took some pictures on his phone cam. Here are the photos.﻿ Yes the game can last 5 days (as this one did) and still not produce a result (makes sense to me) but in fact there was aresult and England won and thus became officially the best team in the world and got a seriously dangerous looking mace as trophy to prove so. The game was at the Oval in south London, a ground the rabbit is very fond of. The above pic is of the Vauxhall end. 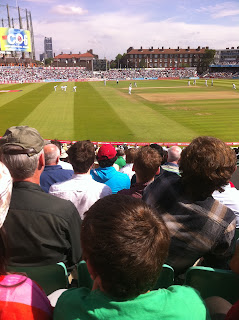 Above is a view straight across the ground from the rabbit's seat. I think it's Anderson bowling to Tendulkar but I might be completely mistaken about that.﻿ I should say that though I wanted England to win and do a whitewash, I wanted to see Tendulkar get his hundredth international century too. As it turned out, he got out on 91 and remains stranded on 99 international centuries. 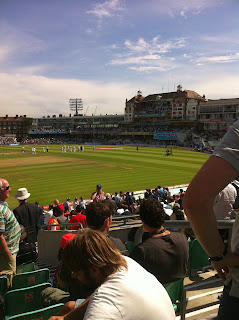 For the sake of completeness, here is the view towards the pavilion end. the light was not on my side on this one. The players are on a drinks break hence the huddle of white clad people on the pitch.﻿ 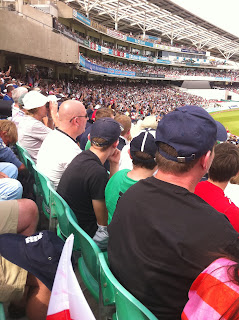 By mid afternoon the crowd got skittish and started a Mexican wave. I think this is the Mexican wave heading our way but it isn't very clear. Sorry about that. 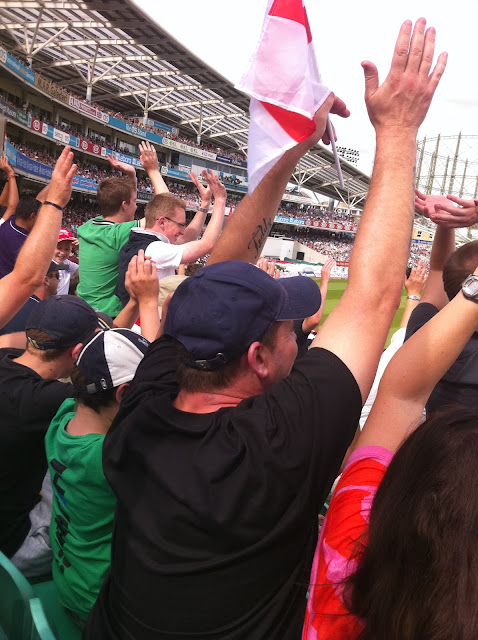 And this is the moment that England won. I detest nationalism but confess to being something of a patriot.﻿ 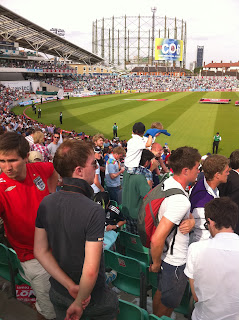 This photo is from the awards ceremony at the end. At first on reviewing the pictures I couldn't work out why I took it, then I remembered being amused by the small boy on his father's shoulders waving an oversized blue hand about. 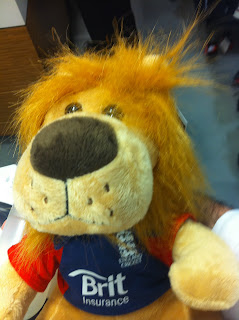 While on the subject of small boys, here is the England cricket lion, purchased for the newest and smallest rabbit on the day.﻿
On a completely different topic, I then spent until far too late on Monday evening watching events in Tripoli on tv. It must be said - although it gives me no pleasure - Sky News had the BBC knocked into a cocked hat as to coverage. While the BBC had endlessly repeated footage from earlier that day and talking heads, Sky had Alex Crawford on one of the Mad Max style rebel vehicles as it drove deeper and deeper into Tripoli. Compulsive viewing and huge credit to Alex Crawford who will surely win some sort of award for pluckiness and drama. 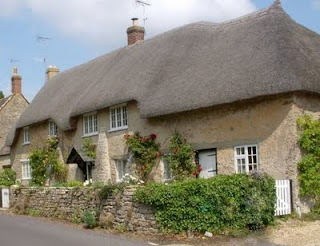 East Coker (above) is a village in Somerset associated with T.S. Eliot and in particular his Four Quartets, the second of which is entitled East Coker - yes folks, the one beginning 'in my beginning is my end'. Now Eliot was a difficult man and some of his racial attitudes in particular cannot be excused but I would give just about any body part (no, not that one, there are limits) to write poetry like he did. Try The Wasteland for size. What can I say apart from pure genuis? Don't attempt to answer that. It's a rhetorical question.
In any event a campaign is afoot. There is a proposal to build 3,700 houses nearby on the fringes of Yeovil on what is presently open arable land.
People need houses and I am against nimbyism (not in my back yard) but no. Not there. There is a proposal to go for world heritage status for East Coker if that is what it takes to stop the development. The rabbit says leave East Coker as it is!
And finally, the rabbit was sad to learn that Jerry Lieber of Lieber and Stoller fame died the other day. They wrote the above - among a lot of other stuff. Enjoy!
Posted by white rabbit at 19:08

All that cricket babble lost me completely, but it looks like it was a great day for a match and nice pictures!
I second leaving East Coker as it is! Only because that house is awesome - much like T.S. Eliot.

It is nice to see England at No #1 after all these years (well it's not really but it's probably good for cricket) but rather depressing to see Australia at #5 and - I regret to say - likely to go lower.