The thought police stopped in their tracks... 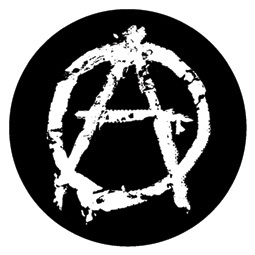 About the first thing taught to the law student is that there is no such thing in English law as thought crime. Or to put it another way, people are tried for what it is said they did and not for what they are.
No-one appears to have told PC Plod aka the City of Westminster police's  - erm - counter terrorist focus desk (sic) who have communicated with local businesses and residents to the effect that informing on anarchists to the local old bill - just for being anarchists - is a worthy activity. 'Anarchism is a political philosophy which considers the state undesirable, unnecessary, and harmful, and instead promotes a stateless society, or anarchy. Any information relating to anarchists should be reported to your local police' they pronounce.
Sex and travel spring to mind as an appropriate response. The City of Westminster police whatever-it-is lumped anarchists together with Islamist terrorists (but not the EDL). It has been pointed out that to be an anarchist is not to be a criminal, that anarchists advocate grassroots organising as opposed to acts of terrorism and that some anarchists are also pacifists. They may not be constitutionalists but - at the risk of labouring the point - we do not have thoughtcrime.
Happily, plod has become embarrassed by the episode. Cue a climbdown by Belgravia's finest. The call for finger pointing  - sorry information 'could have been better worded' Scotland Yard admitted. Indeed it could. 'The Metropolitan police service does not seek to stigmatise those people with legitimate political views' we are reassured.
Oh good. Some basic 'how not to make an idiot of yourself' training seems in order. The rabbit confesses to very mild and wishy washy anarchist sympathies - but don't tell the Belgravia police.﻿ 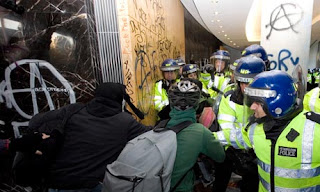 Meanwhile, an interesting idea has been floated as a response to what its proposers calls 'feral elites' - political (as in MP's expenses), financial (bankers' bonuses and conduct generally - 'nuff said?) and media (just the word 'Murdoch' will suffice methinks).
Just as Leona Helmsley notoriously said 'only the little people pay taxes' our rulers appear to hold the unshakeable conviction that the rules are only for the little people and not for them. They apparently have some sort of dispensation.

A ﻿People's Jury of a thousand citizens has been proposed. It's an interesting idea. Watch this space. The rabbit apologises if some recent postings have been dangerously near to serious. Usual silliness will be resumed as soon as possible. Didn't we do well by the way?
Posted by white rabbit at 17:12