Woolas, the French and a cat that thinks it's a squirrel 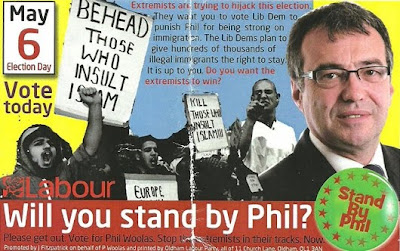 Okay, let's get the serious stuff out of the way before going on to certain French difficulties in the bedroom department and the cat that thinks it's a squirrel. It does occur to me that I may have been treating certain things as self-evident - for example what MP stands for, but perhaps the abbreviation may not be immediately accessible to overseas readers. MP is Member of Parliament - that's like Representative Americanpersons. Okay, having got that over with, the above is Phil Woolas, Labour MP for Oldham East and Saddleworth. His previous claim to fame was having claimed tampons, women's clothing and bibs on expenses. Appearances do not deceive. Phil is indeed a male person.

Go back to the May General election. Phil was apparently very anxious that he might lose his seat to the Lib Dem (Liberal Democrat overseaspersons) candidate, the ever so slightly overweight Elwyn Watkins - and thus be obliged to purchase his own panty liners etc rather than be reliant on public funds for such bounty. Then it got nasty. Woolas's election agent Joseph Fitzpatrick pronounced gravely 'we are picking up the vibe that Phil is going to lose'. The distress among manufacturers of sanitary towels does not bear thinking about. Enter the Muslim bogeyman.

It was decided by the Labour campaign team (on the basis of absolutely nothing at all) that Watkins would be portrayed as a friend of Islamic extremists, whereas plucky Phil would be painted as a fearless opponent of militants. At the risk of repetition, there was absolutely no factual foundation for the attack on Watkins as a friend of Islamic extremists. The next manoeuvre - again an attack with no factual foundation whatsoever was a claim that the Lib Dem was being backed by groups that had issued death threats against poor diddums Woolas. 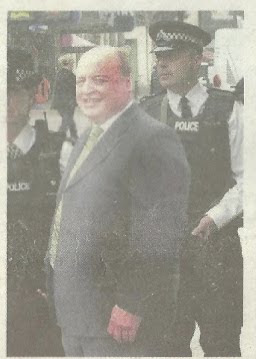 The next gem was a fairly obviously photoshopped picture of Watkins looking as if he has just been detained by the constabulary. The upshot of all this is that two High Court Judges have hot footed it up to Saddleworth Civic Centre where an electoral court has beeen constituted. This is a rare event and is on the basis of a provision in the Representation of the People Act that anyone involved in an election who 'makes or publishes any false statement of fact in relation to the candidate's personal character or conduct' is guilty of an illegal practice, which may result in fining and disqualification from office.

It is far too early to say whether this may happen to Woolas but I do have to say that, were I a member of the Labour Party, I would not be comfortable at being associated with the stuff that emanated from Woolas and his campaign team.

Now on to sensible stuff - all is not well in the French bedroom, it emerges. A survey has revealed a sorry story of bad sex lives for three quarters of French couples, with one in three women and one in six men pleading that they had a headache. So much for the myth of the French lover, it seems but help is on the way, reports the BBC - erm - from a pharmaceutical company. Hmmmmm... Hat Tip to Mahal.

And with Hat Tip to jailhouselawyer, a heart warming story from Mississippi. A baby squirrel with the distinctly unsquirrel-like name of Rocky fell out of a tree, was placed with a litter of newborn kittens and was adopted by the mother cat. The squirrel adapted so well to his new family that he eventually learned how to purr. As one does...
Posted by white rabbit at 16:43

You may have missed just a little American "humor" there. I would bet that Rocky is probably the number one name for pet squirrels in this country. Or maybe you were joking and I got whooshed?

I knew what MP is because I watch alot of British shows on public television and dvds. ;-) In fact I just recently finished watching The Forsyte Saga and The Pallisers again.

Yes, Rocky is a very popular squirrel name in the US and The Rocky & Bullwinkle Show is my very favorite cartoon series, which also included the characters Dudley Do-Right and Mr. Peabody, Sherman, and the WABAC machine.

So, what you're saying is, politicians suck worldwide. Yep- got it!

That squirrel story is so cute!!

Rocky is my Golden Labrador X and loves to chase squirrels, which he considers are fair game given that the ducks are off the menu...

Catchy - You are noted for your erudition :D Okayokay, American squirrels are largely called Rocky. Got that.

Sybil - nothing to beat a cute squirrel story!

JHL - Indeed he is. I've done some googling and read claims that squirrel is perfectly edible but I'd prefer duck...

WR: Last Xmas (Sounds like a Wham single) I ordered duck from the butcher's for my Xmas dinner. It was very tasty. Only problem was I meant to order a goose, and don't know what came over me. This year I intend to get it right...