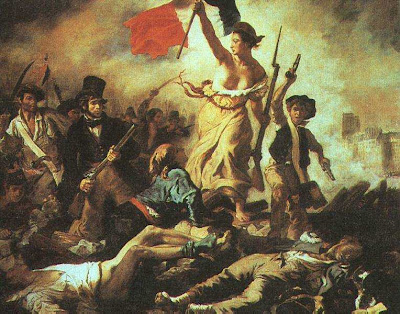 Because it says it all, here is Charon's posting today in full without further comment.

Wednesday, October 28, 2009 by charonqc
Imagine a country where the right to trial by jury has been undermined, where an individual can be tried twice – the rule on double jeopardy abandoned – where well over 3000 new crimes have been enacted in the past ten years; where racial, sexuality and religious tensions are said to need the protection and might of law.
Imagine a country where the chief justice and many leading judges fear for the future of justice and civil liberties because the government of that country has eroded civil liberties in the name of countering terror and has reduced support for those of limited means, and vulnerable people, to fight their corner and pay for lawyers.

Imagine a country where people are imprisoned without charge for 42 days.
Imagine a country where the right to speak freely is restricted and individuals can be threatened by lawyers who can simply telephone a judge in Chambers to restrict them from speaking out, on what may well be a matter of great public importance, to protect sectional and very private corporate interests, where attempts to restrict the reporting of the proceedings of the press are routinely granted through the use of super-injunctions and, latterly, a country with laws which allowed lawyers to attempt to restrict the reporting of proceedings in parliament itself.

Imagine a country that leads the world in CCTV surveillance with more cameras per head of population than any other on Earth.

Imagine a country where not only the police but local authorities and other civilian bodies can routinely spy on you, intercept your email, bug your phone and can intrude to examine your bank accounts and then, even for quite minor offences, can seize your assets, freeze your bank account and seize and crush your car; powers intended to tackle terror and organised crime but which now will, inevitably, be used for far less serious offences.

Imagine a country which has restricted the money paid to experienced criminal lawyers with the result that many lawyers can no longer afford to practice in the field and the quality of representation may decline as a result.
Imagine a country with over 85,000 people in jail, a country where the Justice Ministry wants yet more prisons and even considered hiring prison ships from elsewhere.

Imagine a country where the government uses the device of statutory instrument to slide controversial legislation through into law without the eyes of the public, expert commentators or members of parliament being able to see, or objective minds, to consider those laws.

You don’t need to imagine such a country. You are living in it.

The picture is - in case you don't know - Delacroix's Liberty leading the People.

On a completely different topic below - with Hat Tip to Jailhouse Lawyer is the millionth Morris Minor from the 22 December 1960. It is a pleasing mauve. It is also up for auction and estimates as to the likely selling price are £25-30,000 but of course wno-one has a clue. It will be interesting to see. There is nothing minor about the Rt Hon Charon himself. He has the intellect and humour of a man half his age, and twice as sober.

Damn... sounds a lot like what goes on here too. These are scary times.

Absolutely right. And imagine a continent whose ruling elite is considering making a war criminal, fantasist and money-grabbing parasite its unelected President.

eToro is the best forex broker for new and advanced traders.