After 75 years and some bad behaviour... 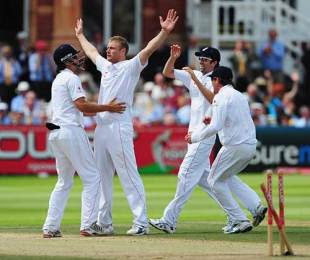 'Nuff said...
:D
How's this for bad behaviour? A scrap metal dealer called Martin Parry was spotted by the Old Bill using his mobile while driving. He tried to escape by driving his 3 ton vehicle on top of the pursuing police BMW with understandably alarmed police officer inside. The windscreen unsurprisingly cracked and the roof caved in. This was after a two mile chase. Into reverse...
CRUNCH!!!
So instead of collecting some minor penalty for using the mobile while driving Martin Parry copped six years.
Daft bugger.
Hat Tip to Nourishing Obscurity. 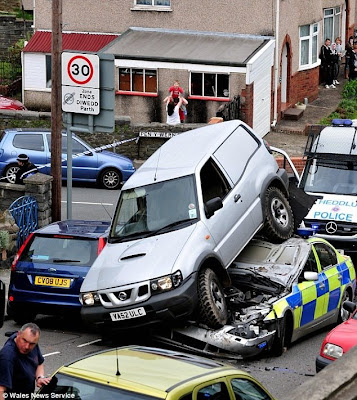 I was shot with rock salt once. A Mexican farmer didn't think cow tipping was as funny as we did. You got the salt free with the wound.
Better than having to go to work tomorrow for the hand full of pommies to rub it in.
The token Scot is suddenly English now too. The bastard.

Stephen - I feel your pain.

I had a horrible feeling they might rewrite the record books and actually do it. Now that would have been painful...

Any relation to Dick Parry, the saxophonist on Pink Floyd's Dark Side of the Moon?

Nahh, I thought not.