Beer and other musings 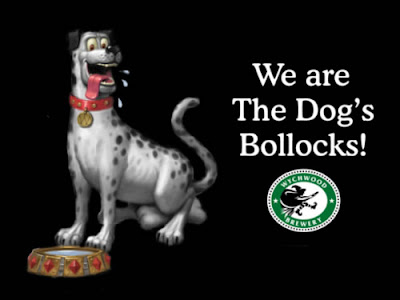 Top blogger Earl (link to left) confesses to being a beer snob. Well if it's confession time - me too! Here are five particular faves:
1. Hobgoblin (Wychwood) - my current fave. A rich ruby ale. The Wychwood brewery's marketing/PR is amazingly good with the 'afraid you might taste something lagerboy?' poster being a modern classic.
2. Old Peculier (Theakstons) I've been drinking this since I was a teenager and had a bottle last night. A strong, dark sweetish beer.
3. Old Speckled Hen (Morland) Nice name - nice beer.
4. Dragon Stout (Red Stripe) - a very strong (7.5%) very sweet stout imported from Jamaica. It used to be very hard to get hold of now it's all over everywhere like a rash.
5. Stinger (Hall & Woodhouse) - an organic beer with tie in to all round good thing Hugh Fearnley-Whittingstall.
And with one exception, that's all English stuff. I said in a comment to Earl that Europe was the place for beer. One good thing about Belgium is the beers (he wrote resisting the obvious jibes about Belgium) - wonderful stuff, many coming from a monastic brewing tradition. Honourable mention is also due to the German beer purity law - the Reinheitsgebot (1516 and the oldest food quality regulation in the world - those clever Bavarians again!) - water, barley and hops and that's it. No mucking about! The Reinheitsgebot was repealed in 1987 but is observed voluntarily by the great majority of German breweries.
Moving on, to my embarrassment I neglected to mention in last Thursday's posting the role of my line editor in the crime novel. Damn, she's good! Deadly in fact and the book would be much worse without her input. Should have said so in the first place.
A strange story via Jailhouse Lawyer (again link to left). The local Amish are in a spot of bother with the State of Kentucky. They refuse to display flashing lights and an orange triangle on the rear of their horse drawn vehicle as required by state law (this sort of ostentation contravenes their religious beliefs and they use reflective tape and lanterns instead). Seven Amish are facing criminal charges, three other are appealing convictions for the same thing and the American Civil Liberties Union has sprung to their defence. Now, like 99.9999999% of humanity, this belief strikes me as bizarre but they are them and that's how they feel on the subject. There is a general point here - the right to believe whatever you like and put it into practice if you do no harm. There is no suggestion that the Amish have done any harm by their alternative safety measures. Maybe the State of Kentucky could let just them be?
Strange newspaper headline of the day from the sports section: "Wenger wary of 'killing' youngsters". I should hope so too...
Strange sporting event of the week: the selection by England of total unknown Darren Pattinson. Huh?
Grumpy Old Man type enquiry: why does no-one take any notice of 'no junk mail' stickers on letterboxes these days? 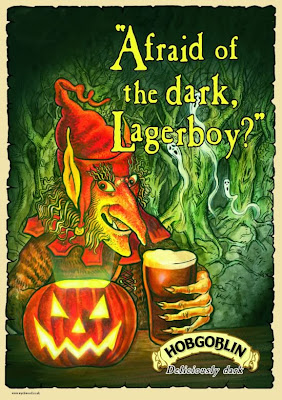 In the summertime, my tastes tend to run toward the cheap. Not because of the cost, but cold...ICE-cold American-style pilsners or lagers just go down the easiest for me. It's to do with the heat. The stronger, tastier stuff I leave for the other 9 months of the year.

As for your list, I've never had Hobgoblin Ale. I don't know if it's even available in the States. I'll get Gia on that. (She just started work at a craft beer distributor as a new market rep) Same goes for the Stinger...funny because I spent some time on the Hall & Woodhouse website just two days ago. A friend of mine was inquiring about Badger Ale and wanted me to find out if it available over here.

I've had and loved both Old Peculiar and Old Speckled Hen. The last pub Gia worked at had both on draught. Yum! Dragon Stout I've seen, I think, but never tried.

Here are five faves of mine:
1. Souther Tier IPA (Southern Tier) - a triple-hopped IPA that is surprisingly smooth and complex. We taste-tested a bunch of IPA's last week, and this was my favorite. By far.
2. Double White Ale (Southampton) - I've mentioned that if I want a Belgian-style beer, I'll drink a Belgian beer. This is one of the exceptions. An incredible American take on White Ales. Spicey and delicious.
3. Post Road Pumpkin Ale (Brooklyn Brewery) - One of my absolute favorites. Won't be available until around Sept. 1st, but by far my favorite Autumn beer. The best pumpkin ale I've ever had.
4. Rodenbach Grand Cru (Brouwerij Rodenbach N.V.) - This one is for Gia. An incredible Flemish sour that is difficult to describe without actually trying it. Very unique.
5. Arcadia Scotch Ale (Arcadia Ales) - Arcadia is an interesting American brewer. All they make are handcrafted British-style ales. They use British equipment and malted barley to go along with American hops and ingenuity. The result are a whole line of fantastic ales. I met the brewer about a year and a half ago. Interesting guy, interesting beers.

So there you have it. Mostly small American craft beers (except Rodenbach) to go along with your mostly European list. Cheers!

thank you very very much!!!!

I'm a rea totaler. I can talk coffee.

Hobgoblin is very, very nice and the only beer that I like. I know the artist who 'did' the picture label for the beer, his name is Ed Org and his work is both stunning and affordable. He used to exhibit regularly at quality art and craft shows, but I'm not sure whether this is still the case.

Words etc: we got there eventually! :D

renegade - I don't know what to say except maybe have a beer ;)

barmaid - welcome to my humble blog - at first given the subject matter I assumed you were a real barmaid. I'd never heard of Ed Org but had a look at his webby - which gave me a present idea. Thanks!

And the final word on the Amish from - who else? - Ron Knee - copied and pasted from JHL blog...

I don't drink nearly as much beer as I used to. But when I did I always leaned toward stouts (Tooth's was a favorite in college), but I have mostly moved onto wines these days.

If I drink beer it is usually with sushi and then it has to be Sapparo. Damn that is good beer. After drinking that, any typical canned pilsner tastes like crap.

Just goes to prove that you don't have to actually do anything wrong for the state to brand you a criminal.

And it's happening here as well.