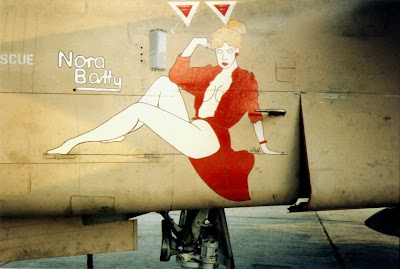 Why Nora Batty? Well, why not in the context? The word 'batty' comes to mind...

Lord Goldsmith, Former Attorney General and previously noted only for his somewhat flexible advice to the Blair government as regards the legality of the Iraq war (ummm - it's illegal - no! silly me! - it's legal :D) has been asked by Gordon Brown to look at British citizenship. He has come up with a predictable load of guff.

What a load of rubbish!!!

I know US children pledge allegiance to the flag but we're British, We don't do that sort of thing. One thing we do very well, though, is take the piss. The scope for subverting such ceremonies is huge and I'd expect most of them to break down in a collective gigglefit - and rightly too.

Sometimes this government just acts as if it were a parody of itself.

Is this unmitigated nonsense yet another attempt on the part of the UK Government to annexe the country to the USA as it's 51st state? After all we've already imported Macdonalds, Burger King, Easter Egg Hunts and Trick or Treat - where is it all going to end?!?!?

You might have hit the nail on the head there. Maybe it's only people who take the piss during the ceremony who'll be given their papers... while the ones who just recite all that bollocks humourlessly get driven to the airport.

"Take the Piss" - what? Of course we dont "take the piss" - it upsets certain folks...dont it Waaabitt.

Listen Wabit - we are not citizens in this country we are "subjects" - we cant pledge alegiance to anything.

If my kids were told to salute the Queen and Phil the Greek - I would coach them into their own special Pineapple salute with TWO BLEEDIN' FINGERS.

The Queen means nothing to Me - she is as foreign to P as all other Germans.

P is proud of our country - but the Queen does not represent anything to do with the UK.

What a "piss take"

We are, in fact, 'Citizens"... If you send me a fiver I will provide the source of this fanastic secret... Mr Pineapples....

Well... perhaps a bit more than a fiver (on account of disbursements, of course) , so that I can take counsel's opinion at a decent set with some expertise on constitutional matters.


Be sure, Mr Pineapples...... I shall turn only a modest profit... after all... I am told... this is a well known practice in law when some law firms farm out liability to'independent counsel'...

... I am one of the 'few' who have read Lord Goldsmith's Citizenship report in full. I did it for Charity.... instead of wasting my time trying to run a mile for Sport Relief with a glass of Rioja in my right hand and a roll up in my left.

At 7.34 am this morning I sat down with my standard breakfast - fried egg, toast, bacon, baked beans and an espresso and read through the report in more detail.

I was then cautioned for loitering with no intent by a traffic warden who was disaapointed that i wasn't sitting in a parking bay having breakfast... or smoking on a double yellow line.

I am a closet republican... .... it keeps me amused and saves me from having to get tense each December wondering whether I shall get a letter from 'The Palace'... to inform me that I have been enobled... knighted... or just a letter saying ... "Try the BAFTA's"... a lifetime achievement award?

Right... I have been up since 1.00 last night... I have printed out Lord Goldsmith's Citizen Review... available online in pdf format... and plan to read more while I lie on my futon.

I wish all of you who happen upon these comments this night - a good evening /night....

Cheezy - I think that's right. Only those who take the piss pass. The others will be bound to keep repeating the ceremony a la Groundhog Day until they take the piss.

Charon - I am an out republican - as I think are you now. It (monarchy) is the most unutterable rubbish as well as unfair on the poor underpowered boobies who have to act out the Ruritanian farce. Time to join the adults...

Charon QC - you are as mad as a box of frogs...but P likes your style.

You must explain this citizenry thing to P because He has always thought that us Brits had no rights in our own country cos we is just mere peasants and all....mere "subjects"...and all.

Not sure about this Rioja thing you have going. What's wrong with a bottle of Pinot Grigio? I grow Pinot in my vineyard dear boy...must get you over to help with the harvest; no slacking though. Dump that futon for starters.

A nice grape is Grinton....never heard of it I bet. It's a part of Veneto...known only to Venetians and Mr P.

Dont ignore The P - it gives the game away: P has eternally offended you...and like the BIG Bleedin' Baby you are...you ignore The P.

P will not be ignored.