There was, I reflected as I made my way to the train station this morning, a nip to the air. The brief Indian summer is firmly over and the weather is distinctly autumnal. The phrase 'a nip to the air' comes from the Grateful Dead's Scarlet Begonias from Grateful Dead From The Mars Hotel - one of the best album covers ever (see below). This posting became inevitable in a matter of several seconds. Here - thanks to David Dodd's good works - are the annotated lyrics with theories - they are theories rather than explanations - of 'too pat to open and too cool to bluff' and the rabbit favourite 'the sky was yellow and the sun was blue'. The song is Robert Hunter's hommage to England. He's hugely under-recognised as a rock lyricist and up there with the best in the rabbit's opinion. By all accounts, he's a top bloke as well. A story to illustrate...

One problem writers have when they want to quote lyrics is copyright. I wanted to use a fragment of lyric from The Wailers' Duppy Conqueror in twentytwelve (yes that's a blatant plug - go buy!). I eventually tracked down whoever it was who dealt with copyright issues for the estate of Bob Marley. It would take some months to get a permission and there would be a fee I was told. I believe there is some scope for using fragmentary quotes (what's the answer Peter?) but decided life was too short to work out exactly what I might get away with so did a quick rewrite to have the relevant character humming the song instead.

Anyway, someone wanted to use a Robert Hunter lyric in his literary endeavour some time ago. Anxious not to blot his copybook and - well - anxious generally he tracked down Hunter and asked permission to use his lyric. Hunter's response was immediate and to the point - 'use what you like'.

Top man or what?

And with Hat Tip to JoJo, so that's what it's about! I went to an all male English equivalent of High School and I am so not interested... 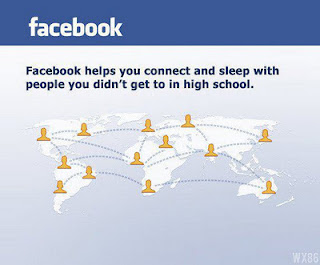 Yes, I've recently been a little confused about writing out poems/quotations in calligraphy... and then receiving payment... would I be breaching copyright?
I would be, wouldn't I?

P.S Thank you for the tunes!

SB - Hopefully Mr Groves who knows about these things will comment and enlighten. I've put out an appeal on his FB page...

Scarlet, the safest thing to do would be to use out-of-copyright poems etc. Quotations are likely to be short enough not to amount to a substantial part of whatever they come from, though there's also an argument that if they are worth repeating they are automatically a substantial part when judged qualitatively.

Same goes for the Marley lyric: plus, you might be able to argue that it was fair dealing for criticism and review. Sounds as if the estate are ignoring rules about what you're allowed to do, and should be beaten up about it, as should all IP absolutists!

I wanted to reprint an article by John Perry Barlow, who is a major authority on Internet and copyright issues and the only member of the Grateful Dead with whom I have appeared on the same bill (an Internet law seminar in Seattle), and as he'd signed a GD tape I happened to have bought to listen to in my hire car by writing his email address I dropped him a line. He replied, like Hunter did, to the effect that this was what he'd written it for. Nice guy.

Aaaah, a little Dead for my day. Looks like Peter answered your question! Awesome. I'd have been let down if they'd taken offense and demanded any money for use of their lyrics - glad to see they didn't! I've never seen that commercial!

Thank you, Peter, I will be careful in future.
Sx

Peter - Thanks as always. What a good sport, isn't he people! It seems the law on the subject -as with just about any other subject - is just opaque enough to make lots of business for lawyers!

Sybil - A bit of Dead sets anyone up for the day!

Stephen King often uses song quotes in his books, I wonder if he had to ask permission?

Agree w/ you on your high school thing, if you went to a same sex school. I, however, did not, thankfully.

[by coincidence ]I was humming "Broken Down Palace" as i wrote my post today.That's Robert Hunter non?

I can almost hear you saying autumnal and bloke! I just love the way you phrase things.

I'm going now to check out those lyrics.

Have yourself a spooky week!
Boo!
pf