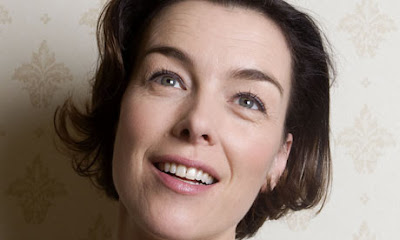 MAYBE BIT OF A SPOILER HERE!

Observers of Earl's Bug Eyed Quiz will know of the rabbit's general ignorance of matters cinematic. This has not stopped him launching into film review mode on a few occasions in the recent past and heer is another. Last Friday he hopped off to see The Ghost, directed by Roman Polanski (for whose presernt difficulties the rabbit has no sympathy whatsoever) and adapted from the book by Robert Harris. Unlike my companion to this excursion to the Covent Garden Odeon, I hadn't read the book but I have read other novels by Robert Harris, notably Fatherland, which is unusual as a dystopia set in the past - as it were. Well technically, such fiction is known as alternative time line but I digress. Harris was formerly a big mate of one Tony Blair and of the New Labour project. Not any more.

Pierce Brosnan plays a former British Prime Minister holed up in his publisher's bunker on Martha's Vineyard working to finalise his memoirs. The Ghost - played by Ewan McGregor but in a clever device not given a name is recruited to work on the memoirs when the previous ghost becomes literally a ghost - apparently drowned when drunk. The Ghost is an apolitical ghostwriter of celebrity autiobiographies. Has he been chosen as a lightweight? If so, it is a bad move as he starts asking all the right sort of questions.

The former British Prime Minister is accused of war crimes, namely facilitating the rendition of UK citizens to be tortured by waterboarding (or enhanced interrogation techniques in Cheneyspeak). The International Criminal Court would like a word. Now who on earth could this be a not too subtle reference to?

Olivia Williams as the ex-PM's wife is splendid as a cross between Cherie and Lady Macbeth. The rabbit was also rather taken with her so she gets lead pic. The Ghost discovers as he works to edit the memoirs that not all of the ex-PM's biography is as it would appear to be. He starts digging. Okay - here comes the spoiler bit - it emerges that the former British Prime Minister has been on the CIA payroll since the 1970s.

The difference with Blair is he did it for free.

It's okay as a film. Citizen Kane it ain't but it's worth a watch. There is a sort of nod, but not a good one, to Reg Keys - the father who lost his son in the iRaq war. Reg Keys did't do what the character in the film did. He stood against Blair in the 2005 election, got over 10% of the vote and made one of the great political speeches of all time. Here it is via the BBC - just watch it - and above all listen to it - the raw emotion is just devastating. In particular watch Blair and Cherie's faces as they have to stand there and take it - and even applaud at the end.

To lighten the mood and back to the current election, here is Beau Bo D'Or (link to left) making a tongue in cheek sequel to the 'I've never voted Conservative before' posters. To overseas readers and the inattentive, the Conservatives have pledged a £150 tax break for married couples - a really, really dumb idea in the rabbit's opinion.

Plus here is Charon QC - at it again and probably at the Rioja as well... 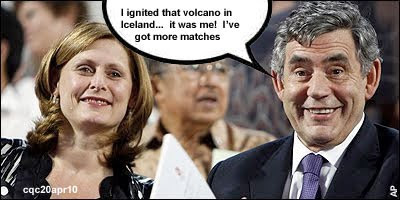 Oh the shame of it all, another bloody Irishman reduced to playing an Englishman just to keep bread on the table.

i saw a clip of the movie and thought i might see it, now i know i will, sugar! xoxoxoox

Did they shoot it on Mahtha's Vinyid? (that's the way people in Massachusetts pronounce it. lol)

It's a lovely island. I wish I had taken the time to spend more time there when I lived on the Cape.

Mr Bastard - I know. The lengths people have to go to make a crust...

Savvy - It is worth a watch.

JoJo - Ermmmm - it is partly set in Martha's Vineyard but apparently it was all filmed in Europe as Mr Polanski had an - erm - problem going to the USA. The technical term is called an arrest warrant ;)

I dig Olivia Williams in a big way.

And you do just fine on the quiz. Well, maybe not so much with the movies...

You brightened my day I especially like Gordon at the end.

Oh that's right, I forgot about Polanski being in trouble. Personally I think it's 'much ado about nothing', but I seem to be in the minority w/ that opinion. I mean, it's been over 30 years, let it go already.

Oddly, yours was the first AVATAR review I remember reading... In fact, it was the only one!

In the US, that movie was called The Ghostwriter.

I thought Brosnan gave the performance of his life.

The Cape Cod scenes were shot in Denmark.

Cape Cod scenes shot in DENMARK? OMG, the landscape is so not the same!