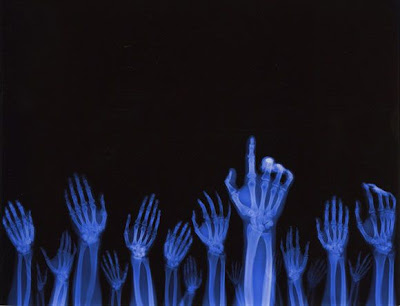 The rabbit has nothing to declare but his lack of enthusiasm for the exercise. Labour don't deserve to win and the people they are supposed to represent don't deserve the Conservatives - an annoying collection of upper class twits and right wing gits of the worst stripe. The best solution would be a hung Parliament which then legislated some serious constitutional reform - proper proportional representation, fixed term parliaments, a wholly elected second chamber. This album cover summed up the 1970 election for many. Perhaps time to dust it down. 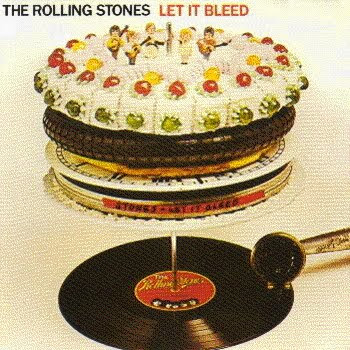 But just one thing with all the passion I can muster. The BNP will be looking for a breakthrough. They should be resisted. 'Do not rejoice in his defeat, you men. For though the world has stood up and stopped the bastard, the bitch that bore him is in heat again. (Bertold Brecht - referring to Arturo Ui (representing Hitler), in The Resistible Rise of Arturo Ui (1941)

WikiLeaks has released a classified US military video depicting the indiscriminate killing of over a dozen people in the Iraqi suburb of New Baghdad -- including two Reuters news staff. Reuters has been trying to obtain the video through the Freedom of Information Act, without success since the time of the attack. The video, shot from an Apache helicopter gun-site, clearly shows the unprovoked killing of a wounded Reuters employee and his rescuers. Two young children involved in the rescue were also seriously wounded, This is the full uncut version, please be warned THIS IS GRAPHIC. I don't post it out of prurience and quuite understand that many people will want to pass on it. But it should be available to be seen.
Posted by white rabbit at 18:38

the bitch is in heat again - perhaps my favourite quote - i keep discovering new reasons for liking you.

my antipathy to the labour government we currently have is smashed into healthy bite-sized pieces every time i hear from the tories. as i have said before, the best thing about those fuckers is that every so often they open their gobs and remind you why you will always hate them.
totally against an elected upper chamber, however. one of the greatest weaknesses of parliamentary democracy is the inevitable populism and short-termism of whichever government is in power. an excellent counterpoise to that is an unelected second house of limited powers, with a convention of deferring to the elected chamber (backed by legislation if they forget who is in charge). they don't need to curry favour; they are in for life, but they can if the need arises be overridden by the elected chamber. pretty good i reckon. if you're gonna elect your upper chamber i say go the whole hog, save the cash and go unicameral.

probably with you on a hung parliament which may actually deliver something useful.

Let's face it, Labour is to politics what a tree stump is to a dog. Vital, as long as you're content with being pished on daily.

But what else do we have? Thatchers bitches? BNP bollix? No one else really in the running, is there?

I'd gladly back wee Gordy Brooon and his band of useless feckers if it meant pissing of the orange sucking Tories for a few more years.

The Tories to get a working majority of about 5.They then get eveybody pissed off with them:Labour sack Gordon:Benn is called out of retirement as the newLabour Leader.Sorted! {or , as Kevin Coyne once sang , Are We Dreaming?.......)

ah tony (it must rankle that your name has been sullied by the orange one!), as bobby said 'I'll let you be in my dream if i can be in yours'. it's a nice dream...