The Rabbit has been silent so far this week - a combination of working out of town and editing the crime novel (coming along nicely as you ask!). So here are a few snippets from the week's events that might have been blogged on at greater length.

Next week sees the start of Wimblebore, the most tiresome event in the sporting calendar. The Rabbit does his level best to ignore it completely but it does manage to intrude despite best efforts. It also makes 5 Live, one of my radio stations of choice, un-listenable-to for a fortnight. I always laugh when it rains on it while simultaneously fearing that the rain may extend it and/or cause Cliff Richard to sing. Then there is the annual farce of the gallant British loser - the mantle has passed from Tim Henman to Thingy Murray (pictured below). YAWN...

On a more sombre note, state terrorism in Zimbabwe is beyond belief. One African politician asked why they are bothering to have an 'election' at all. The only explanation I can think of is that the state terrorists see it as an opportunity to murder, brutalise and generaly terrify the population into submission.

A bizarre story from British Columbia. Feet keep appearing on beaches there, minus the rest of the former owner. So far five feet have appeared, four right and one left if you were wondering. No-one knows why. The latest is that some hoaxer has left an animal paw in a trainer on a beach. The local coroner pronounces this as 'reprehensible'. I don't suppose he would say 'that was a good giggle'.

For an apparently mild-mannered man, the Rev Martin Dudley has caused quite a stink. The reason? He presided over a service inevitably described as 'gay marriage' for two clergy. Cue inevitable huffing and puffing. Some thin lipped woman appeared on the TV news the other day pronouncing 'if I had my way, I'd have them all unfrocked'. Isn't winding up people like that fun? The reverend gentleman's full title is Rev Dr Martin Dudley BD MSc PhD FSA FRHistS AKC so his main crime is being overqualified in a public place. It puts in mind the average electrician or complementary practitioner who always seem to have a string of incomprehensible initials after their name.

Euro 2008 potters along nicely enough without English participation and the Rabbit has given it intermittent attention. It's actually a decent competition and in many ways better than the World Cup. The British media attempt to drum up interest, they having a load of coverage on their hands, was amusing with the 'who do you support?' gig. The great British public's answer appears to be either 'Holland' or 'couldn't care less'. I am apparently among 1.4% of the British population in wanting Germany to win.

Oh dear -- I have been tagged for two memes. I have decided I don't do memes. Sorry! As a peace offering to Daisy in particular, above is the Dead's Sugar Magnolia from The Grateful Dead Movie -only recently posted on YouTube. Look for the huge guy with the beard and the hat dancing at the beginning of the clip. Who is he? They should have given him an Oscar!!! Annoyingly the clips ends before Sugar Magnolia segues into Sunshine Daydream but you can't have everything... 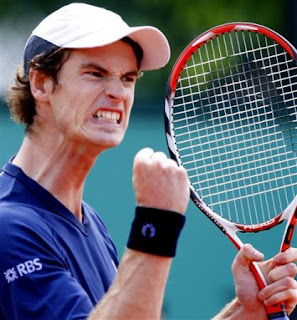 I'm not sure I want the Germans to win the whole thing, but I was certainly happy to see them knock out the vile Portuguese last night. It's always a good laugh watching milky tears run down Christina Ronaldo's petulant & baby-smooth face...

Cheezy - whoever the git commentating on ITV irritated me with the biased commentary generally and the fawning attitude to Ronaldo specifically. I expected play to be interrupted by a pitch invasion with the commentator rushing on to kiss the chipmunk faced scummer's bottom.

I'm gonna have to look into that feet story from British Columbia. That's just plain mad!

Oh, and is it too late to root for the USA in that footbally tournament? What? Only European nations are invited? Hence the name? Fascists! Every tournament should allow the USA team to play. Easy first round victories for the Euros, dontcha know. Fine! We'll just beat up on Barbados in a World Cup qualifier instead! Bleh! ;)

Earl - nope, the USA can't join in. You can't join in the Eurovision Song Contest either - mind you, you're not missing much. Nor can you join the EU.

Oh and I commented on this in a previous blog but one theory as to why the USA didn't become a major cricket nation is that as a non-member of the British Empire it could not join the then - erm - Imperial Cricket Conference (wouldn't apply now of course).

Totally understandable, since I only do the memes I like!

One Dead song is worth a hundred memes anyway! ;)

I've been reading about the severed feet with great fascination. It's a crazy world out there.

Thanks for the Grateful Dead. I was never a Deadhead, for some reason, but like some others I missed during their heyday, I love them now.

Perhaps they wanted to be footloose and fancy-free? ~yuck~ I know, poor taste of joke!

With you on the tennis and/or football. Telly viewing is a nightmare at the moment. I don't frequent Radio 5, so miss out on that. Although... Top Gear anyone?

And then there's Glasto... it's bound to rain!