Sort of Rabbit Review - The Royals 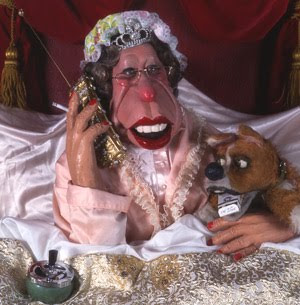 As regular readers will know, the rabbit is of republican opinion (in the British sense as in being in favour of a republic as opposed to a monarchy). Purely for reasons of research - he has a literary project in mind - the rabbit has just read Kitty Kelley's The Royals. Nothing else would drive him to read a book about the Royal family but it has to be said that Kitty does a good scurrilous read - this is after all her stock in trade. The book - which is now of some age (you get reviews when the rabbit reads them, not when they are published!) but with an update taking the reader to last year - can be irritating to the British reader as despite a claimed four years of research, Kitty hasn't quite got the hang of a number of aspects of British life and the British constitution. She also does a lot of 'translating' for an American readership - for example the utterly superfluous (to British eyes) information that a budgie is a budgerigar parrot (sic). Nonetheless, she seems a reasonably reliable historian - when a rumour is unsubstantiated, she still passes it on but says that it is unsubstantiated..

Here is everything you need to know about the British royal family. Okay, more than you need to know. I start with generalities and will come on to individuals next. I would have said - all things being equal - that republicanism is not personal. It's a matter of principle and not an attack on the personalities of the Royal family. I'm trying to hold on to that thought even if - if a tenth of what is said about them is true - they are the most dreadful shower. 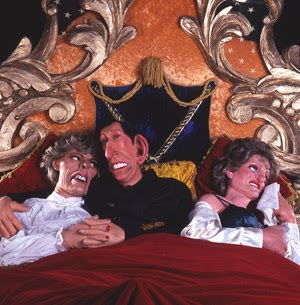 Despite their enormous wealth, the Royal family have obsessive financial meanness as a common characteristic.

They hate children and farm them out to hired help to bring up.

They are unintelligent with severely limited cultural horizons. all in all, a very bad advertisement for inbreeding. Have a look at the other stuff on the eILLUMINATI blog where the rabbit found this link by the way. We are in deep planet bonkers territory, but I digress.

An odd theme is how Germanic they are - and not in a good way. I don't know if Kelley overplays this but it is a constant subtext. 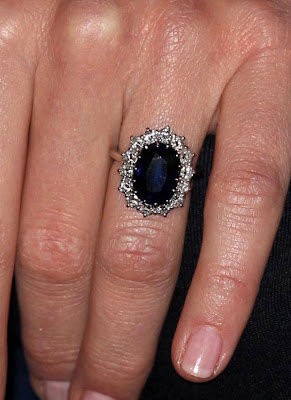 George VI - His speech difficulties are now an international obsession after the film The King's Speech. Kelley claims scurrilously but less well knownly (as it were) that the accidental monarch had - erm - certain difficulties in achieving elevation and the the present Queen and Princess Margaret were conceived by then cutting edge artificial insemination technology. I've absolutely no idea about this but it's weird enough to be true.

Queen Elizabeth the Queen Mother - Known as 'Cookie' due to her fondness for stuffing her face. Had fiftysomething inch waist. Downed copious amounts of gin. Showed her devotion to George VI by having an affair with Surgeon Rear Admiral 'Chippy' White en route to South Africa by ship in the late 1940s. Oh and the title Queen Mother was an invented one to massage her vanity.

Queen Elizabeth II - Recipient of conspicuously successful personality bypass. Next to nothing worth reporting about her. Cold and indifferent mother, financially mean (see general stuff), spiteful when perceives herself to have been crossed. In fairness to her probably has some delusive sense of duty as opposed to the out and out freeloaders. Suits her purpose to be married to...

Prince Philip - Boorish oaf. Likes toilet humour. Got a result by marrying Princess Elizabeth as she then was, he being stoneybroke at the time. Thereafter put it about rather a lot.

Anthony Armstrong-Jones aka Earl of Snowdon. Drunken chainsmoking dwarf and very partial to pornography. Despite these obvious compatibilities disillusion set in quickly and the warring couple spent most of their waking hours insulting each other. Some of the insults are very funny.

Prince Charles - Oh dear... Now in sixties and still waiting for the big job - which he only gets when his mother dies. Married Diana for her alleged virginity (which may apparently have been exaggerated) and breeding potential and treated her dreadfully, starting with sleeping with Camilla Parker-Bowles the night before his wedding (his wedding to Diana that is).

Princess Anne - Looks like a horse. Rude, graceless woman. Obsessed with horses 'If it doesn't eat hay or fart she's not interested' (Prince Philip). Only female competitor in 1976 Olympics not to be subjected to sex test. Hmmm. Married and divorced...

Mark Phillips - Stupefying dim and clueless individual. 'Princess Anne's grinning, speechless husband who if you whistle at him wets himself' (the late, great Auberon Waugh with the best quote in the book).

Prince Edward, Duke of Wessex - Wet nonentity. Rumoured to be gay - the case against this: an annoying wife.

Enough of this. Roll on the republic.

As a fellow and FERVENT Republican, I couldn't have put it better myself.

When is the Great British Public EVER going to wake up and smell the coffee with regard to these vile, freeloading nonentities?

What great DISH on the Royals!! I may have to get this book. Kitty Kelley did a book about Frank Sinatra that was unreal, but I couldn't put it down either. lol

I always felt so sorry for Diana. Had a crush on Andrew 'back in the day'. Always thought Edward was gay.

princess anne didn't face a sex test because she competed in equestrian events. didn't matter whether male or female.

"'Princess Anne's grinning, speechless husband who if you whistle at him wets himself' "... - hahahahaha/ That's awesome!
I know families personally all screwed up, too. They should make a show about the Royal Family... great soap opera material..

Down Under we call Kylie Minogue the 'Singing Budgie'.

I thought they called Mark Phillips 'Fog' because he was Thick and Wet.

Sounds like a great read. Obviously well researched. Probably spoke to all concerned - should be as highly regarded as her other books I should think. Must get a copy.

75% of Australians want a republic - but as we are Australians - don't really give a fuck when it happens.

The benefit of the Royal family is that they have no power, are almost entirely harmless - and provide much amusement.

Kelly's book was pretty bang on. Although, I do like Charles, but marrying Diana was the WORST thing he could have done.

I second what Badger says--the Royals don't have much influence in politics: even in the UK.

On the other hand, I prefer my public idiots to be hereditary. Even in Republics such as the US they tend to form Dynasties (e.g, The Bushes).

The only real problem is that few people want to be royal--Diana and Fergie didn't make the cut. No matter how popular Diana was, she couldn't handle being in the firm. Thus Cowmilla is a better choice for Regal Spouse.

Probably the only commentor here who is close to the Royals, they are quite freakish to be around. They act totally different when they aren't in the public eye. Unfortunately, they are in the public eye pretty much all the time. Then they turn "on".

If Britain does become a republic, it will be natural evolution. No one will want to marry one (King the way Henry VIII found it harder to get married as he aged--his "reputation" preceded him). They may become more like the Continental Royals with about as much clout (at this point, they are still considered somewhat relevant).

But, the one thing which saves them from being relegated to the dustbin is that they do bring in loads of money from tourism. Hence, things such as Buck House becoming a public place. They may be forced to pull their own weight.

BTW, I shudder to think of what could be the result if Britons were allowed to choose their village idiot, er, Head of State, every 4-5 years.

The one redeeming factor is that it is easier to start a "third" party which coud make the whole process much more interesting.

Alas, Lord Sutch is dead, but there could be some interesting choices.

Here in the U.S., instead of a Royal Family we have the children of old Hollywood movie makers and stars. These children, unfortunately, lack any of the talent, or alleged talent, their parents or grandparents had, but they have their money and use it to bombard us with shit movies and shit TV programs. See "Adam Sandler films" on Amazon.

By the way, I hope you don't mind, but I've tagged you for a VLog. It doesn't sound exciting, but it was more fun than I expected it to be. I hope you'll accept.

Off With Their Heads!

(poor old widdy - she was hurled about like rag doll - albeit an overweight one. Actually, we should probably have the most sympathy for her partner's back!!)

And wow - what a long post that was - you're starting to rival Charon QC's considerable length ... (snicker snicker) :p