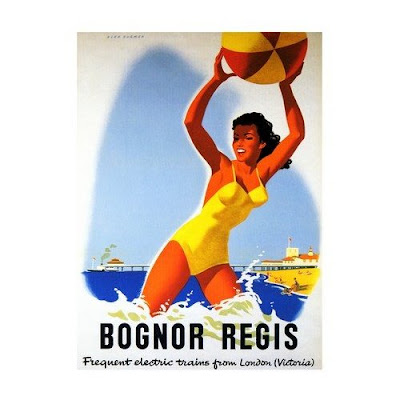 ...on smut seems to have been unanimously resolved in favour of the continuance of the same. The rabbit has been a bit time poor, and hence quiet, this week but following a comment by the Minx mentioning seaside postcards I had a hunt for some seaside postcard smut. Of course, any British person thinks of Donald McGill in this context but in searching for his - erm - artwork I found the above poster for the well-known seaside resort of Bognor, which I rather like. Eventually some of McGill's opus were tracked down. 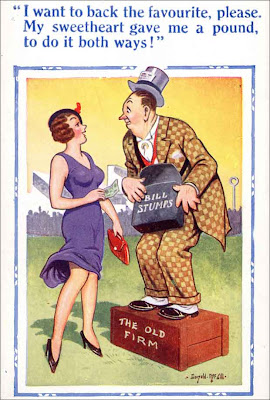 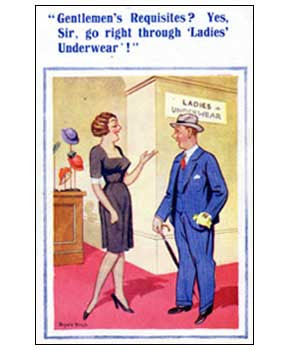 A little advert is in order for Baby Barista who has left The Times, a buttock clenchingly uninteresting newspaper Prop: R Murdoch, following the (commercially bonkers in my opinion) paywall erected around Rupe's wrinkled organ (oh dear this stuff is catching). He is polite about the paywall but personally I hope it is a commercial disaster. Anyway, he's asked for people to mention the new free babybarista blog , which I am pleased to do. Oh dear! Smut gets everywhere these days. Read the posting on the crack of Dawn...

No one does the "double entendre" better than the Brits.

Glad to see you back from your short hiatus, Rabbit!