something for the weekend...

I've been too busy for serious blogging of late - or at least that's my excuse. As part of the never ending stream of things/people/songs that come to mind, here is the late Max Wall. For the unintiated, he was a British comedian - sort of the last of the music hall acts - seriously bizarre and seriously funny. The Monty Python Ministry of Silly Walks derives from him. He died in 1990 aged 82 after falling over as he was leaving Simpson's Restaurant in central London and fracturing his skull.

And what's more the rubber duck pic is not photoshopped - it's for real! Hat Tip to cute overload http://cuteoverload.com/ 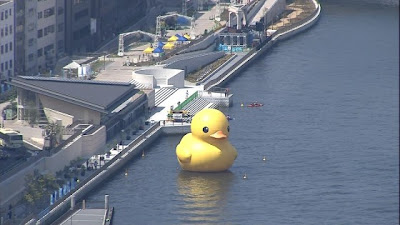