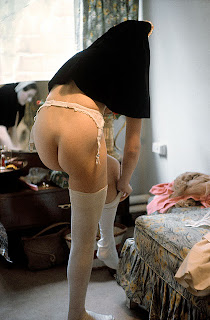 American born but long term UK resident photographer Eve Arnold has died aged 99. She spent a lot of time photographing Marilyn Monroe. As - erm - can be seen. I'm sorry, i couldn't help myself. 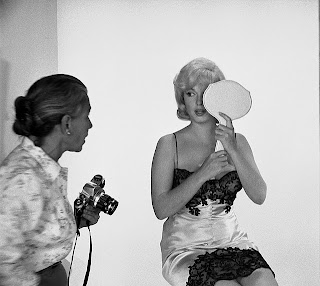 Perhaps a little surprisingly, she was given extensive access to Malcolm X, the net result of which was a number of images. 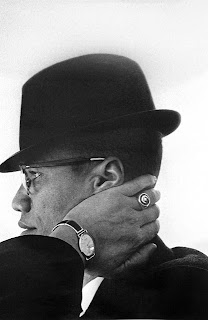 Not to mention Andy Warhol, here seen engaging in some bizarre sort of exercise regime. 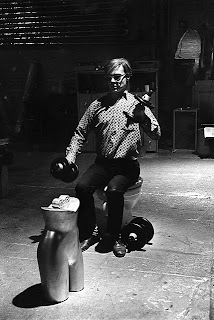 Not to mention Richard Burton and Elizabeth Taylor. She wrote 'if a photographer cares about the people in front of the lens and is compassionate, much is given. It is the photographer, not the camera, that is the instrument'. Okay, one more Marilyn. 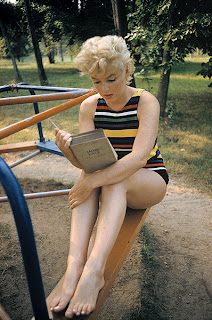 On a totally different subject, the rabbit is constantly asked who he would vote for if he had a vote in the US Republican primaries. On balance and in the absence of definitive guidance from his friend Christine O'Donnell who is still keeping her own counsel (sort of) the rabbit would seek help.


Let us consider the field. we have Romney (empty suit) Sanatorium - or whatever he calls himself - who is apparently of the belief that the British lost the Empire because of the NHS), Gingrich (utterly loathsome toad), Perry (serial killer and serial dimwit) and the now out of the race Michele Bachman and her definitely not gay husband.


And there is Ron Paul. 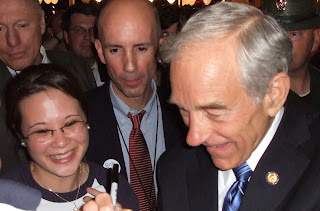 Ron is aged approximately 108 and is seen here wearing a prosthetic nose as a bet. He is also - unlike the rest of the field -a  genuinely interesting thinker. He is routinely described as the most conservative member of the US Congress but it's a bit more complicated than that. Let's do a little checklist. His deficit reduction proposals are off the wall but that's hardly unique and unlike drooling idiot Perry, he no doubt can actually remember what they are. He is generally against invading other countries and specifically was opposed to the Iraq war (right). He opposes US aid to Israel (right for the wrong reason). He regards the not medically insured failing to be treated as a consequence of freedom (hugely wrong - the non choice between private care you cannot afford and nonexistent free care is the absence of freedom). By way of contrast, the wants to end the US trade embargo of Cuba (right). He opposed Tony B.Liar receiving a Congressional Medal of Honour (guess) and is opposed to the death penalty (guess again - this is pretty rare among US politicians too). I could go on.


Paul is undoubtedly a thorough going extremist and the rabbit does not buy into his free market beliefs (although some propositions flow from them that are actually quite sound). He is however an original thinker and a challenge to received wisdom. As such, he has to be a highly qualified good thing. The rabbit might even vote for him if some bizarre set of circumstances allowed him to do so. Look at the competition for starters.


Have Love Is Strange as something for the weekend for no particular reason that I heard oit on something the other day and thought 'good song'...

R.I.P. Eve Arnold. Such a full and interesting life.

Sorry about Eve's passing. Although it sounds like she had a long a fulfilling life. The photos are fabulous. Thanks for posting.

Republicans... can't even think about that gaggle of back biting lunatics.

cheers.
pf ps Marc has begun 2012! Interestingly it is his first read of the year. He is really into it!

I agree with your presidential choice.
Of course, "Shit My Dad Says" has it right:

"These candidates are dog shit. All we're doing is picking out the dick that's going to fuck us."

Eve Arnold was, no doubt, an influence on Annie Liebowitz.

So far I am leaning towards Ron Paul.

I had no idea Marilyn kept donkeys

At least Ron Paul is consistent in his views, as are most libertarians. Funny that many of his "kooky" (as described by the American press)ideas that he has been espousing for years are now being embraced by the mainstream (i.e. the deficit). A real libertarian, however, would never be a politician. We don't want to be led.

Once of these days I will convert you to a beliver of free-market capitalism. ;-)

It's hard to belive that first picture is of Marilyn. Her legs always appeared a bit beefier than those.

Sorry, about the typos. I will convert you to free market capitalism one day. I've made it my mission.

Good Choice But Have You Heard Buddy Holly Cover? Even Better Me'Thinks.

Thanks to all for comments. A couple of points...

Dr Blighty - Welcome to my humble blog - it's nice to have a medical man aboard (we already have a fine dentist) Yes, Marilyn found the ass in a home for abandoned animals and took pity on it.

Catchy - actually I think you are right and it sin't Marilyn. i took this on faith from a collection of Eve Arnold pics that kept going on about Marilyn, But....

If you look at image in mirror it's a woman with dark hair very different shaped face to Marilyn.

Loved the real libertarian would never be a politician. You little anarchist you.

As for your plans for my conversion - you're welcome to try.