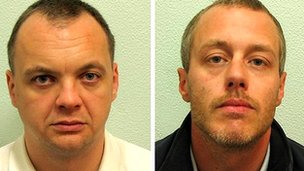 ... to borrow a phrase - some justice at last For overseas readers, it is difficult to describe just how notorious this case was - and remains - here. 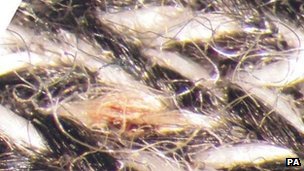 But, A very Happy New Year to you, Rabbit!!

is it justice? if it wasn't for the fact they are seriously nasty pieces of work and the lawrence murder such an iconic moment in the life of this country (and i'm not being glib - i can only imagine how it must have been for his family) i'd be a bit worried on what i've heard of the trial that it could be unsafe.

but it must be some tiny comfort to the family. i know it's a cliche, but his parents were quite amazing with the dignity they showed through the whole dreadful, tortuous process. i share (albeit at third hand) and understand his mum's anger and am happy for her that somewhere in all that anger she feels some relief. michael mansfield's comment that the police were slow with the evidence is up there at a 'water is wet' level of the obvious.

lawrence's real gift to us all is that the police were finally forced to admit just how bloody racist they were. i do actually believe they are a bit better these days (tho they still seem to have issues with telling fibs in court; hey - you can't have everything).

Wow. Dobson looks like a total piece of shit. Guess that's not fair, but he reminds me of a nutjob friend of ours.
Anyway, I hope the family gets some peace after all these years. What a horrific way to die.

SW - I readily agree that the prseumption of innocence and trial according to the evidence even applies to loathsome toads like Dobson and Norris and the one thing that would make the situation worse is convicting the wrong persons but I'm comfortable about the convictions.

Take it step by step.

It was a full on running attack. No-one could claim the situation came upon them.

I know it's not admissible but both defendants had a history of racially motivated local attacks and the gang had a reputation for carrying knives. 23 - I think - people gave information naming the group - most if not all naming Dobson and Norris.

What was admissible was the forensic link which if reliable placed them at the scene and in close proximity to Stephen Lawrence. Note context of attack as above and also lies as regards presence. Who actually struck the fatal blow may remain foerever obscure but of course the case turns on joint enterprise and there was plainly material found a joint enterprise case if presence and proximity are proved.

The only potential problem is contamination. It is notable that the defence called no expert evidence in rebuttal which would suggest that they could not find a single expert prepared to get in the box and say that copntamination was a serious runner. In particular, the pros expert was firm that the blood droplet was airborne.

Oh and Happy New Year and welcome back Maven and, yes Sybil, the Lawrence family so deserve some peace now after carrying a terrible burden with courage and tenacity for all those years.

Yay for justice. Something that I am sort of loosing faith in over here in the US. Coerced confessions, buying off of judges, deep systemic cracks in the process, etc...

It's nice to have a clean win for justice. It helps restore my faith. Just a bit.
Cheers,
pf

their loathsome past was of course inadmissible, but could any member of the jury really have been ignorant of what had gone before in the courts and in the media? is it possible that they could have made a decision on guilt that was untainted by what they would have known of these people (and i use the word in its loosest sense - rather embarassing to think i am the same species as them).
for me the difficulty of the abolition of the double jeopardy principle is that it is almost guaranteed by its very nature to be used in high-profile cases and effectively a defendant's prior acquittal will hang round their necks like a millstone. and while we may be delighted to have got a conviction in this case - and it may indeed be the right result, it's about the next case that we haven't foreseen.

i want to stress i'm not certain on my view of this, but i am certain i have doubts.

a further feature of the case for me is the idea that a racist murder is per se worse than any other. (or any other crime) i reject that. i believe racism is a scourge on society, but stephen lawrence is as dead as he would have been whatever his ethnicity. i don't believe in confusing the two issues.