I don't usually do memes... 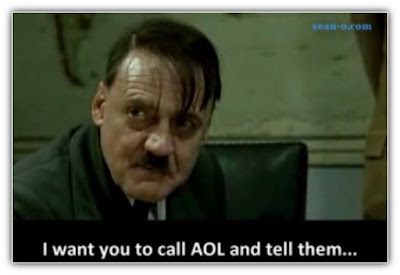 I don’t usually do memes but an invitation from Charon QC has to be complied with. Charon does a law blog (link to left) and asks for 5 favourite non-law blogs to be nominated. He tagged me among others. I think that the good news is that the nominees don’t have to do anything. This is the end of the line. It’s a bit invidious and indeed arbitrary. How do you choose 5 blogs over the rest? Will the bloggers not chosen take offence? Please don’t – all the blogs linked to WR have considerable merit in my opinion – that’s why they’re there. I haven’t nominated Mr Bastard and Never Mind the Bollix because Charon already did. I say this in an attempt to avoid a middle of the night visit to the foot of my bed by distinctly displeased Glaswegian gentlemen.

At its best, blogging creates links between people in different places with different backgrounds, interests and world views. Not only that but the personalities and narratives of people you have never met – and almost certainly never will – can come over. Provided that you don’t treat the virtual world as a substitute for the real one, some sort of faux panacea for actual discontents, then this is a good thing. Okay, on with the nominations…


Some bloggers put up profile or other pics of themselves but most I wouldn't recognise if I bumped into them in the street. Earl would be most easily recognised by the back of his right calf (above). I confess I'd like to have a beer with Earl one day should I ever find myself in New York. He likes his beer. He also likes movies, applying his mordant wit to a range of topics and his beloved Gia. Total top bloke...

Daisy is the ultimate ageing hippie (no offence Daisy!). She's a serious Deadhead, a herbalist, a feminist and a polemicist of gale force 9 proportions. She blogs on politics, music and religion mostly. She regularlly confuses the US religious right - which has to be a good thing - they don't get her at all. One e-mailed her plaintively...

'The fun kind' she replied. 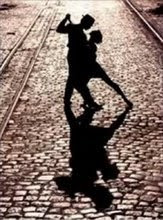 Renegade is that most rare and exotic of creatures - an American Trotskyist. He also likes movies, tango, flamenco and jazz. What I like about him is that he has created an open blog with a range of commenters, many of whom disagree with him strongly on pretty much everything. This is not the political equivalent of the narrow sect of the saved talking to itself - it's a heterodox free forum. I like that.

4. The Corridor (A Cricket Blog)

I'm an unashamed cricket anorak and here I can indulge my addiction with fellow sufferers. Oh, and the site meter currently shows 1,206,810. Eat your hearts out! Doubleoh, and at the risk of causing transatlantic offence, a quote I came across today: 'there is a limit to what Americans can understand. That lmit is cricket'.

This is the blogger in full on rant mode. I've an immense soft spot for Ronald, even if he does occasionally make me wince. Mainly because he's so bloody funny - and despite outbursts that would make a Tourette's sufferer blush - he obviously has a good heart. Not to mention his revenge against a certain Troll - one of the great moments in blog history - some of you know what I mean ;)

I'm truly honoured, but also slightly disapointed at the same time. Its been a long time since I got to fire the Purdy illegally, and I was already salivating at the thought of bagging me a bunny.

I'll put this wee beauty back in its cabinet, but I'm no gonnae lock it just in case I need it in a hurry.

Would love to sit down and have 10 beers with you as well. Thanks!

Well, my old Bunny I am truly honoured! This is the very first time I have had anybody single me out for anything at all, apart from peering from behind closed curtains at the police car moving slowly up and doon outside my house!

Thank you for the honour.

I will soon be aesthetically redesigning my blog, new template etc. Somehow I will put your plug to use.

There was a fabric wall hanging in a British Pub back in CA that had a bunch of Cricket rules on it. I was like, 'huh???"

Thanks for thanks - glad to spread a little happiness :D

Ronald - when the police get arsey like that, grab a camera, throw open an upstairs window and start photograpphing them - drives them nuts! Especially as they can't think of a reason to barge in to stop you. When they ask, just say you are a local historian accumulating archive material. Then smile cheesily ;)

Hmmm... must go and explore. Except maybe the cricket one. Sorry to The Corridor, but jeepers... watching paint dry is more exciting than a five-day game of cricket. Especially when my national team (The Proteas) are doing so badly.

You should try Formula One ;-)

That guy is as soft as French Cheese.....

Tamara - I'm afraid I have the same reaction to F1 as you have to 5 day cricket - YAWN!!! - manages to be ear splitting and tedious at the same time...

I have to thank you again for that, it's a pity one or two absolutely shite bloggers were missed out of your recommendation.

If Whitey Waaaaabittt had given Mr P his vote of "confidence" - Mr P would give up...

Cos Whabbitt is the ugly face of the Establishment....

He really is Rod..

Too late my pretty...

"And as everyone knows, rotten pineapples are as soft as freshly shat dogshite when you cut them open. I wouldn't touch one with a shitty stick"

P regards that as one of your

He can see why you deleted it.....but my boys are onto you.

P.S. where do you find your "shitty sticks"? They are so rare around these parts.

Please feel free to leave your comments on my blog pineapples. I have great pleasure in deleting them. Go on, you know that you want to. We have a bet going on as to how immature you can make yourself sound.

Do not feed the Troll.

Rodney - thanks for the comment - but your threat of deleting Mr P's comments - has made Mr P very worried.

So cruel of you

I can see that you are a person - not to mess with.

Oh and Waaaaabittt - will you please stop calling me Rodney.

I have told you about this before; and if I want to talk to Rod - then I shall.

BTW how did you know my real name was Rodney? You clever little shite! You will have to go around to your friend's house (and you only have one friend that can afford internet access, the rest spend all of their dole on special brew) and try to post a comment on my blog from there. Go on! You know that you want to! Go on!

Ah yes, just another tip. Come back and comment here when yer bollocks have dropped. Boy.